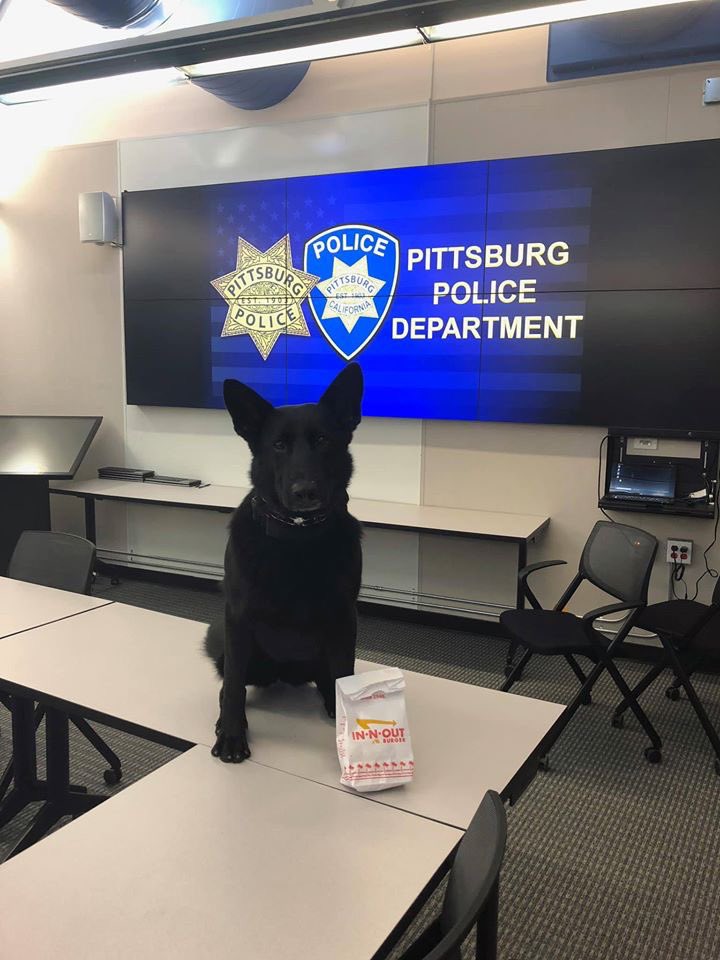 CONCORD — Dogs can have a little hamburger as a treat.

A Pittsburg police K9 named Kyra sat wide-eyed inside the department’s office Sunday as her trainer held an In-n-Out burger in front of her, a reward for catching a subject who ran away after being approached by police for a felony warrant.

1 of 3 Last night our SET Officers located a subject wanted on a felony warrant in the 3000 block of Willow Pass Rd. As we set up to take him into custody the male, identified as Kevin Villatoro, escaped through a back window. He ran though a residential area off Euclid Dr & hid. pic.twitter.com/OejAKpMoOR

When police arrived at the 3000 block of Willow Pass road in Concord to arrest Kevin Villatoro, the man escaped through a back window, ran through a residential area off Euclid Drive and hid, according to department statements Sunday.

With the help of Kyra and a Contra Costa County Sheriff’s Office helicopter, police quickly located Villatoro hiding behind a house.

Police said the man ignored multiple commands from officers and was ultimately apprehended by Kyra.

Villatoro was treated for his injuries and later booked into county jail on multiple felony charges, including violating the terms of his release.

Various Concord police officers chipped in and sent money through the Venmo app to treat Kyra with California’s most popular burger.