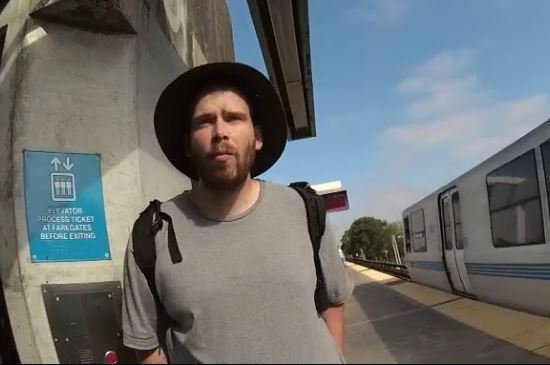 OAKLAND — If murder defendant John Cowell refuses to return to the witness stand to finish answering questions in the murder trial against him, his entire testimony could be thrown out, a judge warned Tuesday.

Cowell, 29, was tossed from the courtroom last week after an outburst and has since been  “voluntarily absent” for most of the trial in which he’s been charged with fatally stabbing 18-year-old Nia Wilson on July 22, 2018 at the MacArthur BART station in Oakland and attempting to kill her older sister, Letifah Wilson.

Alameda County Superior Court Judge Allan Hymer stated in the courtroom Thursday that if Cowell “persisted in refusing to complete cross-examination,” he will strike his testimony from the record. As a result, the jury would be instructed to not consider any of his roughly two days of testimony.

Cowell has pleaded not guilty by reason of insanity. Although the defense doesn’t dispute that he fatally stabbed Nia Wilson in the neck and and wounded her older sister, it argues that the crime was a “rash impulse” stemming from his schizophrenia.

On the stand last week, Cowell testified that he thought the Wilson sisters were aliens who had abducted his grandmother and he stabbed them to protect his family. If his testimony is purged, the jury would not be allowed to consider Cowell’s explanation.

He was kicked out Thursday afternoon after hurling expletives at Alameda County Deputy District Attorney Butch Ford while being cross-examined. Ford was about to show video surveillance of the fatal stabbing of Nia Wilson when Cowell began swearing.

In his cross-examination of the doctor, Ford tried to establish that Cowell was a drug user and a “drug seeker” who could have been lying to obtain more prescription drugs. Patberg said Cowell voluntarily told him he used opioids, such as heroin, just three days before visit.

Patberg also stated in a medical chart that Cowell was aware of his mental health disorder and that he required treatment for it. In addition, he noted that Cowell said he had “audible hallucinations,” such as hearing voices.

Also on the witness stand was a forensic psychologist, Jeremy Koles, who began testimony last week and finished Tuesday afternoon. In direct questioning by defense attorney Christina Moore last week, Koles said Cowell’s behavior could be an example of “goal-oriented behavior.” But in response to more questioning Tuesday, he said it’s also consistent for someone with schizophrenia, experiencing delusions and acting with “organized behavior.”

The forensic psychologist, who reviewed thousands of pages of Cowell’s medical records but didn’t directly evaluate him, previously testified that Cowell had an “acute or active episode” leading up to the crime.

Cowell’s aunt, Saundra Ferriera, also took the witness stand again Tuesday. She testified last week that Cowell would talk about how aliens had taken his grandmother after she died in 2013, when he was incarcerated. Ferriera said she thinks he never accepted his grandmother’s death.

On Tuesday, Ford played recorded jail phone calls between her, Cowell and Cowell’s father. Cowell used another inmate’s name and account to make the calls.

In one call, when his family asks how he’s doing, Cowell responds: “I’m just in Santa Rita having a blast,” then chuckles. Throughout the phone call, he appears lucid, asking his aunt how the rest of the family is doing and requesting that she send certain books — Stephen King’s “Pet Cemetery” and a book called “My Bloody Life.” He also asks her to send him food.

In one conversation recorded on Jan. 11, Cowell states that “everything’s looking really great” in his court case, and that two charges are being dismissed.

Although it’s unclear what Cowell was referring to, his assurance came just days before a judge found Cowell competent to stand trial on Jan. 15. This was the second time Cowell’s competency was questioned, the first time being in December 2018. A total of three court-appointed psychiatrists were assigned to evaluate Cowell– one found him competent, another couldn’t reach a conclusion and a third said he was competent. In July, a judge found him competent to be tried.