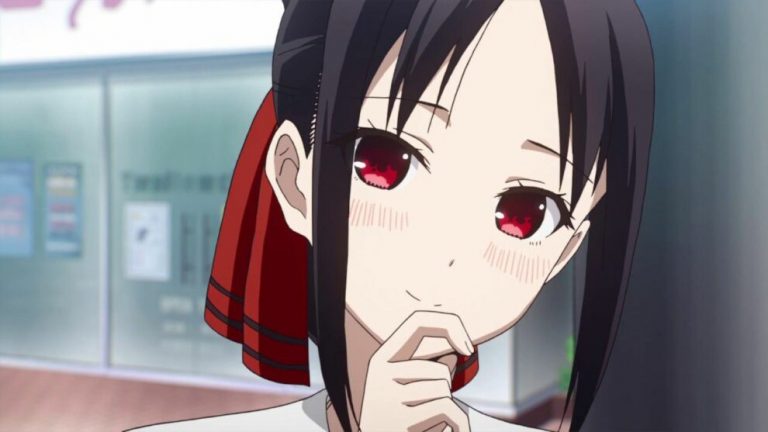 Today we’ll be talking about Kaguya Sama Love Is War Season 3 Air Date and production development. The striking feature of this popular anime “Kaguya Sama: Love Is War” has to be its extremely well-written comedy and its well thought out characters. It is nothing if not a typical high school anime and follows much of a standalone format in which each of its episodes narrates a whole new comical story where there is an intense battle of wits between two of the main characters, however, there is also a  much larger plot that binds all of it together. In this article, we will discuss the release of Season 3 of “Kaguya Sama: Love Is War”.

Almost the entire first season seemed to highlight the extremely funny battles between Kaguya and Miyuki. The second season took a slightly different approach where it is more emotional and about feelings rather than just the comedy aspect. It shows many romantic endeavors and also gives us some insight into the backstory. This has got fans hooked and season 3 of the series is much anticipated around the globe. Stick with us as we talk about all you need to know about the next season!

Below are spoilers for the third season that has not yet been released. If you are reading this and are someone who does not enjoy spoilers, skip to the bottom for the Air Date. Based on how Kaguya Sama: Love Is War Season 2 Episode 12 was based ended, spoilers for Kaguya Sama Season 3 assume that the third season will begin by adapting volume 10: Chapter 92.

As for rules with the series, nothing happens straightforward but we can see a love starting to blossom, provided the student council allows it, that is. Since the last time, the romance between the couple Miyuki and Kaguya is still in question. It seems as though Miyuki is trying hard to assess Kaguya’s feelings and whether she has feelings for him or not. He suspects that she does in fact like him but he is not sure to what extent this “like” is and whether its a romantic feeling of a real love of not.

We also see that Miyuki is invited to a karaoke mixer by the boys where Ai Hayasaka seems tasked with the job of preventing Miyuki from talking to any of the girls. The prevails to be awkward for Miyuki as she had in the past declined/ rejected Ai’s confession in the second season. She now begins to leverage this to make Ai feel guilty and to leave. Eventually, as they get talking, Ai seems to develop a sort of ulterior motive where he abandons Kaguya’s plan and instead tries to get a confession from her. This leads to Miyuki and Ai heading to a private karaoke room which gets Kaguya jealous and he begins to think that Ai has other plans in mind.

We learn that Miyuki has a flair for rapping horribly and Chika also decides to learn to rap. It ends in a rap battle between Ai and Kaguya which leads to everyone lashing out their feelings. Miyuki is trying hard to be as direct as she can with Kaguya but this just seems to leave him confused as ever. Eventually, the romantic atmosphere surrounding the school cultural event called Devoted Hearts Feeling winds up in both Kaguya and Miyuki confessing to each other their feelings.

There has so far been no confirmation of when one can expect the release of Season 3 of Kaguya Sama: Love Is War. The production of the sequel has not been announced either. However, though there is no official word, it is possible to speculate the release and to look back and see patterns. When the 12th episode released, the official Twitter account released with it a picture of a phone with a broken screen and Japanese text that said “The 68th student Council”. but to the right, there was a secret message that said “Continue? Yes or No”

Soon after this, the account began advertising a fall 2020 special event that would feature the cast as well as the theme song artists. Ticket applications are available in the first volume of the Blu-Ray/DVD anime box set. We should maybe receive some form of confirmation on the third season by October 25th, 2020.

Besides teasing of this kind by the official sites, we have much reason to believe that there will definitely be a season 3 of the series. With great reviews from all over and thousands of fans and its rising popularity, it seems impossible to stop at just a season 2. FUNimation also paid more money to make the second season an exclusive as opposed to the first season that was not. The first season aired on January 12th, 2019, and ended at the end of 2019 with a total of twelve episodes. The next season was released in April 2019 and came to an end with twelve episodes on June 27th, 2020.

So, with all these reasons to believe that the series will go on and fans will get the third season of this much-loved anime, it seems safe to say that they might have to wait at least a year for the premier as the current global pandemic and the situation around the world might make it difficult for an earlier release. Sometime in 2021 is all we have for our audience right now, but don’t get too disheartened and stay tuned to this site as we update you as soon as we hear anything new regarding the third season of “Kaguya Sama: Love Is War”.

The trailer for the third season is available on Youtube with English subtitles. This is exciting news for all fans that would like to watch it and predict the next season!

The first season of “Kaguya Sama: Love Is War” can be watched on Netflix, Funimation, Crunchyroll, and Hulu with its original Japanese audio and English subtitles. Season 2 is available to watch on Funimation, Netflix, and AnimeLab.