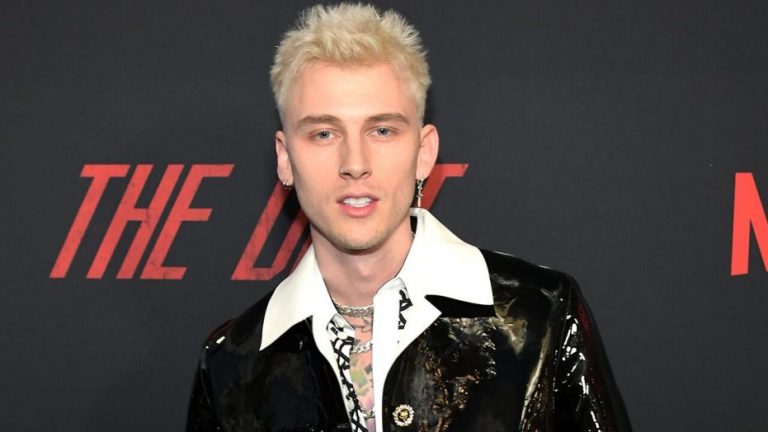 Today we’ll be talking about the upcoming album “Tickets To My Downfall” by MGK. Richard Colson Baker, popularly known as Machine Gun Kelly (MGK), is an American rapper, singer, songwriter, and actor. He is from Cleveland, Ohio. Throughout his career, he has released a total of five studio albums. He made his first debut as an actor in the film “Beyond The Lights”, a  romantic drama that was released in 2014.

MGK began his music career very early on in his life and released his first-ever mixtape in 2006, following which he released four more. In 2011, he secured a recording contract with “Bad Boy” and “Interscope Records” and then his major-label debut album, titled “Lace Up” was released in October 2012. This album received a lot of positive response and it was featured at number four on the US Billboard 200 chart at the time. Some of the singles that were a part of the record include, “Wild Boy”, “Invincible”, “Stereo” and “Hold On (Shut Up)”.

His second studio album. “General Mission” was released in October 2015. For this, he released the singles “Till I Die” and “A little More” in early 2015. This album too stood at number four in the United States.

On May 12th, 2017, MGK released his third studio album. This one was titled “Bloom” and was preceded by “Bad Thing” with Camila Cabello. This became his highest-charted single. Finally, his most recent and fourth album that was titled “Hotel Diablo” was released on July 5th, 2019 and was supported by three singles, “Hollywood Whore”, “El Diablo” and “I Think I’m Okay”

The topic of this article is Machine Gun Kelly’s fifth album and it’s release! It is titled “Tickets To My Downfall” and is set to release soon. In this album, he has taken a departure from his original rap style and introduced more of a Pop-punk style.

Tickets To My Downfall

Machine Gun Kelly has been teasing his fans ever since last December about the release of his new album “Tickets To My Downfall” that he first mentioned in-studio sessions with Travis Baker, Blackbear, Goody Grace, Mod Sun and more. His first tweet had him saying, “Rock album in 2020.”He then went on to clarify the word “rock” to “pop-punk”. MGK soon after released the name of the album as well. MGK and Barker have previously worked together alongside YUNGBLUD on the track titled “I Think I’m OKAY” and having found their chemistry already, MGK has confirmed that the vocalist will return for his new album.

Others that will be joining him in this album also include, Blackbear, Trippie Redd, and Young Thug. On January 30th, 2020, MGK was seen dancing to what one can assume is a clip of a song from his new album and it sounds good! It’s punchy and spirited and has a great pop-punk style and kick to it.

Fans are extremely anxious and anticipating the release of the new MGK album “Tickets To My Downfall”. MGK sai that we could expect it sometime early in 2020 between January and March. However, he then posted a story recently saying that it is to be expected to release in the summer of 2020. So, there has not yet been any official Air Date mentioned by him but we can expect to have a 2020 release of this new album soon! Stay tuned as we will be sure to update you the minute we hear anything new.

Let’s take a look at what our superstar has been up to and what more is there to this man. He has been extremely busy at the moment as he has been working on his new album as well as playing shows and launching new merchandise. Machine Gun Kelly was also pranked recently by Travis Barker and YUNGBLUD in the famous show “PUNK’D”!

Listed here’s where to receive checked in the Bay Area

All this news has us patiently waiting for the drop of MGK’s new album and we hope it is soon! We know that because of the current pandemic, it is probably going to be a digital album and the option to pre-book it is also available to fans. The new album seems to have taken a completely different approach than MGK’s usual rap approach so it is definitely going to be worth the wait we assume!