Home
Sports
Rust PS4: Air Date And All You Need To Know So Far

Rust PS4: Air Date And All You Need To Know So Far 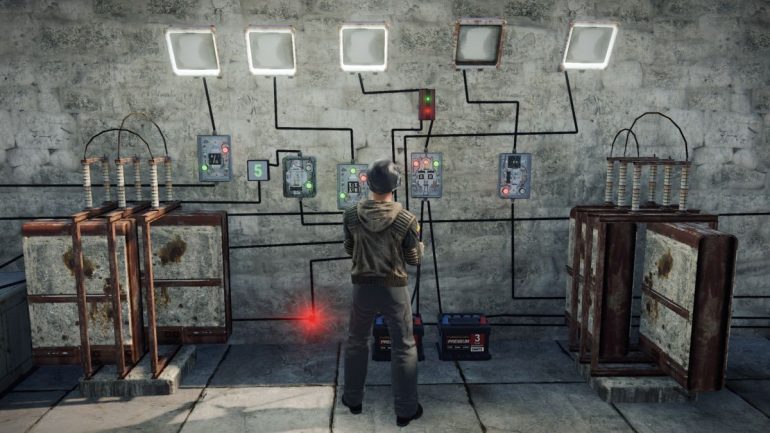 The RUST PS4 is a post-apocalyptic PVP survival game that comes directly from Facepunch Studios is all set to release on PS4 sometime in 2020. This news has been going around for a while now. After the port’s reveal back in November of 2019, fans have been anticipating a lot of things. The studio behind the game, Facepunch has been very quiet about the exact details on the Rust PS4 Air Date. But we here to tell you what all we can expect from it as their first game on consoles.

A little introduction about the game. Rust is a game that talks about crafting a sturdy base for yourself in order to protect you from other players’ raids. The game includes many elements, like the need for food and water and to maintain safety since there are dangerous wild animals in your terrain. Rust as a game is about raiding players for their fortunes. You can do so by being alone or as part of a group.

Rust was developed by the same minds behind Garry’s Mod. It started as a similar experience to the game to DayZ during the time when the survival genre was on the high. It has also been reported that Zombies were part of the game earlier. That was scrapped due to unknown reasons.

As players of the game, you may know that Rust is on a roll currently. That is because it has just recently had the most popular day in its history! Rust had a groundbreaking record number of players, besides those that featuring consistently in Steam’s top 10 most played. So it is a clear message that these players would want you to experience the action.

Fans as such are expecting that Facepunch makes the game even bigger than it already is.

When Rust was announced for PS4, nothing specific was mentioned. All we were given was a tentative release window of 2020. Another bit of information said that the game will be developed alongside Double Even. It has been long since this announcement was made. Beyond this, nothing specific was clarified by the game-makers.

The Facepunch head, Garry Newman has said that the studio is looking to avoid a lot of the mistakes. The previous developers were a little lenient when porting their survival games to console. So this time, they are being a little particular about it. Garry said that there is a lot of rushed and short-sighted low frame rate for survival games on the console. Garry said that they didn’t want to be included in that group. If at all, a console version is released by them, it has to perform right and at the same time, it has to play right. Garry ended on a positive note by saying that Rust has to be the best survival game you can get on a console.

Our biggest concern right now is that Facepunch will have to make a few concessions to get Rust running relatively smoothly on the console at a stable 30fps. Though, it does really look difficult how the studio shall managing above that in terms of frames. But it should look good once it does come out.

We will update you with more information about Rust.