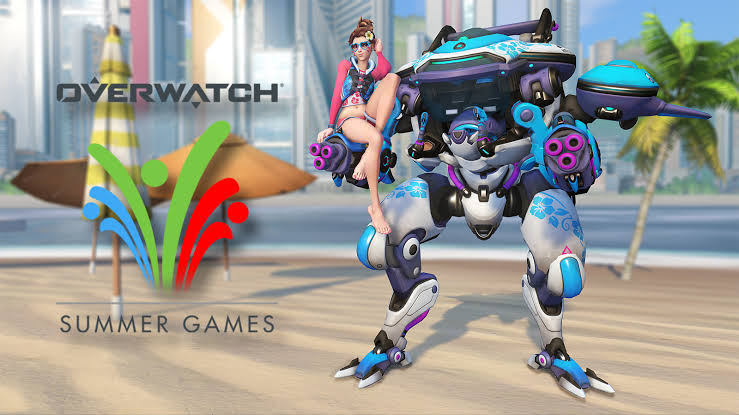 Here is a piece of news for all the game lovers, since the Summer Games will be returning to Overwatch soon, intending to bring new content to the game through its annual tradition. In this article, we are going to discuss the event beginning date, schedules, and other important details, along with the new updates of the game.

The multiplayer shooter video game of the current console generation, titled, ‘Overwatch,’ published as well as developed by Blizzard Entertainment, was out in 2016 for PlayStation 4, Microsoft Windows, and Xbox One.

Directed by Jeff Kaplan, Chris Metzen, and Aaron Keller, the game has been designed by Jeremy Craig, Scott Mercer, and Michael Elliott.

Although Blizzard has not officially announced the starting date of Overwatch Summer Games, it is expected to arrive in August 2020 judging by the schedules of the past events over the years. You can catch up with the starting dates of the previous events by having a quick look at the list below—

However, this time it might get delayed a little, owing to the ill-effects that the pandemic has brought upon us. We will keep updating you as we hear something from Blizzard.

The main highlight of the Summer Game event not only is the release of the sporty skins of different characters but also is Lucioball, according to which, the team that will be scoring the maximum number of points within the stipulated time, will win the game. As for now, the locations for the game mode are Rio de Janeiro’s Estádio das Rãs, the Busan Stadium, and the Sydney Harbour Arena. However, new arenas as well as variations might be added to the new update of Lúcioball.

In the previous version, a ranked mode with leaderboards, skill ratings, and the challenging opponents were added. Meanwhile, Overwatch lovers are able to unlock new rewards as a fraction of Sigma’s Maestro Challenge, which includes a player icon, six unique sprays, a legendary emote, and the legendary Maestro Sigma skin.

All Lucioball maps are now called "Classic", as well as a new "Assault Test' mode

Looks like there may be some experimental tests coming to Assault (2CP), as well as a possible Lucioball Revamp?

We can expect to see some new features and surprises to be added this time, along with the features of the previous update. The skins emote and sprays of past years will be making a return, besides the brand new items for which the event is going to be held.

The event of Summer Games 2016 has been inspired by the Summer Olympics of 2016, taking place in Rio de Janeiro, in Brazil, the place where the Estádio das Rãs map is located. One more thing to note, although the name suggests it to be a summer event, for Brazil and Australia, it takes place in winter, because of the difference in hemispheres, which are the locations of Lúcioball’s maps. Through this event, Blizzard releases skins for the cast of heroes of the sports-themed or summer-themed games making the players grind hard.

If you want to stay updated, stay tuned with us. We will be informing you will new details as soon as possible.