Super Mario 3D World Switch: Air Date And All We Know So Far 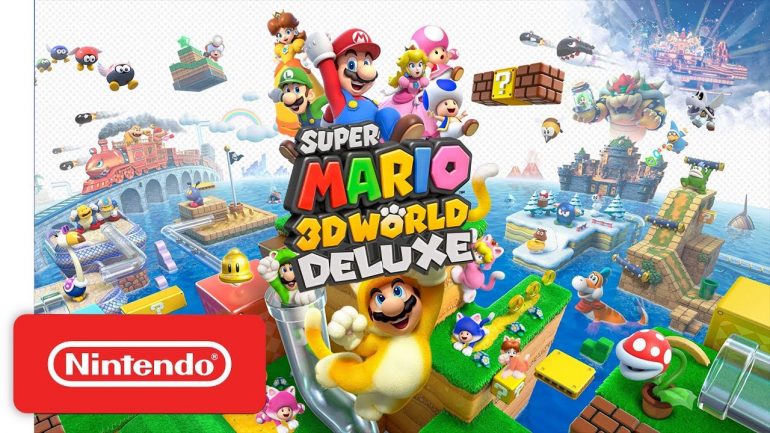 It’s been a long time since we first heard Super Mario 3D would come to Switch. People have debated on this back and forth, but unfortunately, nothing concrete has happened since then. The rumors of Super Mario 3D coming to Switch have been going around for a really long time. While some say it’s not going to happen, most of the online gamers were confident that it was going to happen pretty soon. We are here to talk about the same and more. So keep reading.

Super Mario  3D World is a hundred percent and we say this with certainty that it is coming to Nintendo Switch. It has been a part of the Best Buy listing but as an unactivated listing. If we go by the game being listed in Best Buy’s system, we should be pretty confident about the release. However, there is a bitch of glitch here. The game is a part of the unactivated listing, in that it doesn’t say when it is exactly going to come out.

Another thing to remember is that it has been rumored for long that Nintendo would be coming out with a DX version of the game to celebrate Mario’s 30th anniversary. Along with this, the remasters of Super Mario 64, Super Mario Sunshine, and Super Mario Galaxy will also be released. And this definitely isn’t the first time these rumors have been made for Nintendo Switch!

About some time ago, it was rumored that though the listing was not activated yet, it was going to be the best buy. It was said that the listing for Super Mario 3D World for Switch was a Best Buy with SKU # is 6352130. It came with a price tag of $60 currently. The rumors were circulating about three months ago. So we’d advise you to take it with a grain of salt.

The hope is that VGC last month revealed that Nintendo was planning to celebrate Super Mario Bros.’ 35th anniversary in 2o20 with several major releases. The 3D World port will also be included in this.

Moreover, as part of its anniversary celebrations, Nintendo will come out with Super Mario’s 35-year back catalog this year. This will be remastered for the Nintendo Switch. The news directly comes from people with knowledge of the company’s plans told VGC. The re-releases will also include several other Mario titles in 2020, including a new installment in the Paper Mario series.

Previously VGC reported that the Delux will also include significant new content. The US retail company Best Buy has listed a Nintendo Switch version of Wii U’s Super Mario 3D World. More details about the listing tell you that is not activated but visible via its SKU ID. This also includes a placeholder price of $60 for the Nintendo Switch game. But, other Wii U ports like Donkey Kong Country: Tropical Freeze are sold for full price.

Super Mario originally came out in the year 2013 for Wii U. The 3D world is currently Wii U’s highest-rated exclusive. The game since then has become the console’s second best-selling game with some 5.8 million sales. Nintendo in its own stats claims that almost half of all Wii U owners (13m) purchased the Mario game.