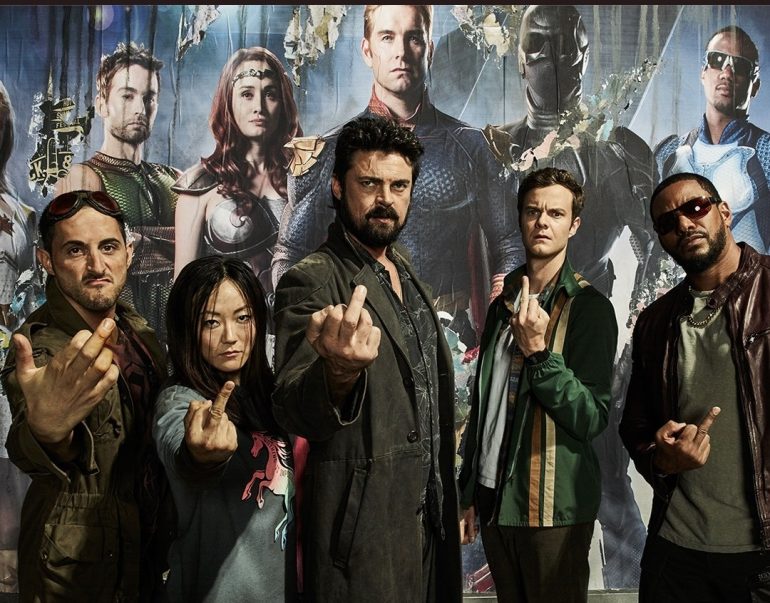 The wait is finally over as Amazon Studio has announced the Air Date of Boys Season 2. Created by Eric Kripke, Seth Rogen, and Evan Goldberg, the popular superhero web television series has been allotted the fall release this year. Read the article below for further information about the release of the show, including the date of premiere, cast, trailer, and storyline.

The official release of The Boys Season 2 is scheduled to take place on September 4, 2020. The show’s date of premiere was announced last month on June 24, 2020, during a virtual reunion of the cast of the show where Patton Oswalt had served as the host. The first season of the series was released on July 26, 2019, on Amazon Prime Video with eight episodes in all.

The Boys Season 2 will be having the same number of episodes as it had in season 1, that is, eight. A list of the episodes’ titles are given here—

Unlike the first season, this time, we won’t get all the right episodes at once. It will be released in parts. Also, you will be pleased to know that the series has already been renewed for a third season as well, which might be released next year.

A majority of the show’s cast are expected to reprise their roles in the next season as well, including Karl Urban as Billy the Butcher, Tomer Kapon as Frenchie, Jack Quaid as Hughie, Karen Fukuhara as The Female, and Laz Alonso as Mother’s Milk. We can also expect to see some new faces in the upcoming season. At the end of the first season, Giancarlo Esposito was seen to make a guest appearance as Vought CEO Mr. Edgar and seems like we are going to see more of him in season 2. The character of Black Noir, played by Nathan Mitchell, the mysterious masked vigilante who had no dialogue in season 1, will get a lot of development in the next season.

Here is the official trailer of the second season of the series. Have a look at it here.

The show is inspired by Garth Ennis and Darick Robertson’s comic book series, Prime Video Original, ‘The Boys’ that mainly focuses on its fictional society showcasing the way superheroes and civilians should co-exist in the world. The show is a deadly combination of adult comedy and violence, which is rare in today’s superheroes series.

The American series focuses on the topic of how misusing the superpowers of a superhero, who are as influential as celebrities, politicians, and Gods, can cause destruction. It is a battle against powerless boys and the most-powerful superheroes who set out on a journey to expose the evil desires of ‘The Seven’.