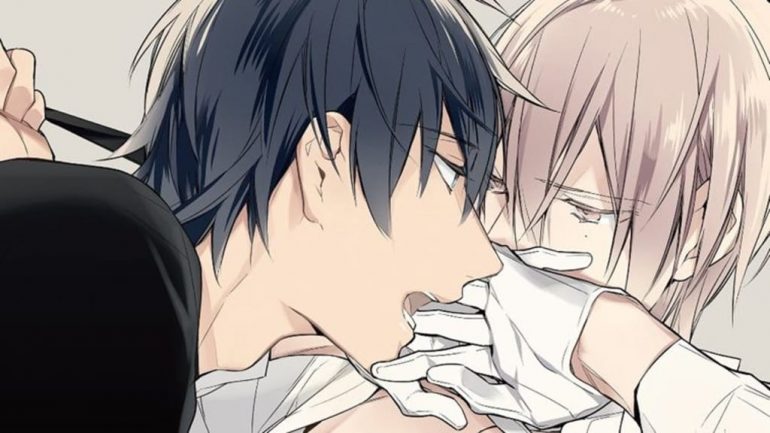 Ten Count is a Japanese Manga series that is written and illustrated by Rihito Takarai. This 2020, the Manga is to be adapted into a much-anticipated anime television. In addition to this, two puzzle game adaptations that were based off the Manga were also released. In this article, we will discuss the Air Date of the anime, the characters, and the storyline and everything the eager fans need to know.

“Ten Count” is written by Rihito Takarai and was serialized in the manga magazine “Dear+” from 2013 to 2017. It consists of a list of 6 volumes in total. The game based on the Manga was released on January 7th, 2019, and is available for iOS and Android and was developed by Arithmetic. It is a puzzle game.

The Manga is based on the story of Tadaomi Shirotani, who suffers from an obsessive-compulsive disorder. As his problem gets worse, he takes advice on how to get better, and the Manga helps us follow this personal journey of Shirotani. With a great set of characters and an interesting plot, “Ten Count” sold a total of 2 million physical copies as of March 2018. It has consistently been ranked number one over the years on the National Bookstores’ Top Recommended Boys’ Love. It also won third place for the Best Manga at the Sugoi Japan Awards in 2017.

The anime adaptation of “Ten Count” was announced on March 26th, 2018. In a teaser trailer that was released on March 23rd, 2019, a 2020 Air Date was confirmed for the same. Let’s see what the storyline of the Manga is and also get an introduction to all the various characters that will be featured.

The story follows Tadaomi Shirotani as he battles with his obsessive-compulsive disorder that eventually manifests itself as mysophobia. Through this journey, he meets a psychotherapist called Riku Kurose, who suggests exposure and response therapy and asks him to write a list of 10 things that he is unable to do. This list includes – 1) Touching a doorknob barehanded, 2) Allowing someone else to touch his possessions, 3) Buying a book from a bookstore, 4) Holding the handles on a train, 5) Eating a meal at a restaurant, 6) Shaking hands with someone, 7) Holding something that belongs to someone else without first disinfecting it, 8) Drinking from the same glass as someone else, 9) Allow anyone else into his apartment, and number 10 has been left blank.

Now the therapy begins, and Kurose says that Shirotani will be cured as soon as he works through the list and does everything on there that he says he is not able to do. Shirotani starts making steady and gradual progress, but suddenly Kurose cuts the sessions short and refuses to continue therapy with Shirotani. It is eventually revealed that the reason is that Kurose falls in love with Shirotani and feels that continuing to be his therapist would be inappropriate. However, Shirotani does not see it like that and wishes to move forward, but they simultaneously start a sexual relationship as well. Through the course of the sessions and working on Shirotani’s problem, it is revealed that his problems stem from childhood trauma when he saw his father engaging in sex, and he was aroused by the same sight. The self-loathing he experienced after being aroused that night, as well as the shame of being caught masturbating, has manifested into him associating physical contact and intimacy with feelings of disgust.

As the relationship between Shrirotani and Kurose also continues, Kurose reveals that he is a sadist who derives pleasure from triggering Shirotani’s mysophobia, and he believes that Shirotani is a masochist who derives pleasure from the very acts that disgust him. This leads to both of them not contacting each other for many months as Shirotani rejects Kurose. But after a chance encounter between the two leads them to rekindle their relationship, Shirotani finally reveals the last and tenth item on his list, which is, to be patted on his head. He associates this act with his father. Shirotani is finally able to reciprocate the love Kurose has for him, even sexually.

Cast And Characters Of Ten Count

With an interesting and intriguing storyline as the one above, one can definitely expect a set of characters that match much the same tempo! Now let’s look at what these characters are like and how they help grow the story. The main character is, of course, Tadaomi Shirotani, who is voiced by Shinnosuke Tachibana. Shirotani is a 31-year-old corporate secretary that suffers from a severe case of obsessive-compulsive disorder that has ow manifested into mysophobia. This leads us to the next character, who is Riku Kurose, voiced by Tomoaki Maeno. He is 27 years old and is trying to help Shirotani out of his problems as he is a psychotherapist that specializes in psychosomatic medicine. Ken Mikami is voiced by Jun Fukushima, as is Shirotani’s friend, as well as a co-worker. Kuramoto is Shirotani’s boss and the CEO of the company he works at. He is voiced by Isshin Chiba. Ueda is voiced by Mai Todo and plays the character of a student of Shirotani’s father. And finally, we have, Nishigaki who is voiced by Tarusuke Shingaki, who is a mysophobic author who Kurose befriends as a child.

And so, that is the entire list of the characters as well as who they are voiced by in the upcoming anime. Each character adds important value to the storyline, though, at first glance, it may seem like the story revolves around only Shirotani and Kurose. In addition to this, there is also a trailer available for the anime, which is to be released shortly. The trailer definitely gives fans a glimpse of what to expect in the upcoming anime of “Ten Count.”

As of now, we still do not have any official word on when the “Ten Count” anime is to be released by one can expect a fall 2020 release from all the updates we have till now. But we will keep hoping for any further information on the exact date and will be sure to keep you updated as soon as we hear anything.