Home
Sports
Is Ghost Of Tsushima Releasing On The PC?

Is Ghost Of Tsushima Releasing On The PC? 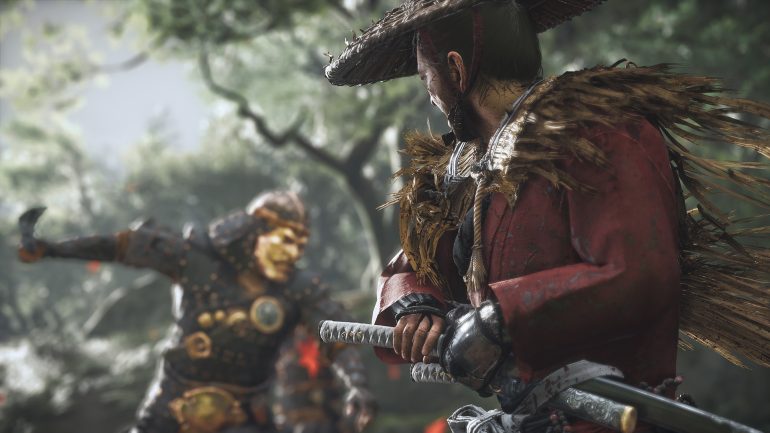 Sony has been making waves with all its latest updates and all the new releases. In this article, we will discuss the game “Ghost Of Tsushima,” which released on July 17th, 2020, for the PS4 and now has fans curious about whether it will be available on other consoles like the Xbox and the PC. Both the recent PS4 exclusive releases which are, “The Last Of Us Part 2” and “Ghost Of Tsushima,” have been a huge hit among the likes of critics and fans all around the world. The only disadvantage being that it is available only and exclusively to PS4 players at this moment. Eventually, though, these games may be ported to the PS5 after its release, but it seems that players with consoles not made by Sony might just not be able to experience these games.

The game developer of “Ghost Of Tsushima” is Sucker Punch Productions, and they are a first-party studio that is owned by Sony Interactive Entertainment. Now, Sony is known to usually no release its first-party titles on other platforms looking at examples like “God of War,” “Bloodborne,” and “Marvel’s Spider-Man” has remained exclusive to the PS4 and have not made their way to the Xbox or the PC.

However, every rule does have its exception, and this can be seen with the game “Horizon Zero Dawn,” which is all set to be launched on the PC this August. The developer of “Horizon Zero Dawn” is Guerilla Games that is also a Sony Studio first-party. So maybe with this new release of the game on the PC, Sony is planning on making some changes and giving more access to its games all over. As of now, all we know for sure is that there is no word on any other game being ported to the PC by Sony and it seems that “Horizon Zero Dawn” is simply a one-off case with none following it up, It seems as though we must wait a little longer for any official confirmation from Sony.

As history would have it, we see that Microsoft has been way more lenient with their first-party porting of exclusives where we see quite a few of their games making it to different consoles for example, “Halo: The Master Chief Collection” is on Steam and “Cuphead” is releasing on the Nintendo Switch. But through all of this, we see that Sony has stuck to its guns and not done much the same when it comes to game sharing, which is unfortunate for fans, but its clear to see the strategy employed as buying a Sony console comes with the promise of being able to play exclusive games and this in itself is half the appeal of the consoles making it more attractive to its customers.

Anyway, it seems like holding your breath and expecting the “Ghost Of Tsushima” game to be released on the PC is quite useless as it seems very improbable at this point with the way Sony works and functions. But, if there is any new information, we will be sure to update you regarding the same right here, so do be sure to check back. In the meantime, here is a little more about the game, “Ghost Of Tsushima,” for those that don’t already know why it is so enticing!

“Ghost Of Tsushima” is an action-adventure stealth game and is played in the third-person perspective. It is an open world and can be explored with no guidance. Travel is made easy and spans the map by using a horse to do the same, and for areas that are difficult to reach, there is always a grappling hook. In addition to this, there are side quests along with non-playable characters to interact with. Players can also directly confront enemies by using weapons like the Tachi (Chain up a series of fatal strikes after highlighting specific enemies), Stealth (allows one to evade enemies), Smoke bombs, Kunai (Striking multiple enemies), one on one dueling with non-playable characters is also a part of the game.

The game is a set of the Tsushima Island, and the time period in the late 13th century. The map has various scenes that include the countryside, ancient forests, different landmarks, fields, farms, mountains, shrines, and villages. In this whole mix, there are also numerous characters and unlikely allies and also enemies while they go on their adventure. The protagonist of the story is Jin Sakai and is the head of the Clan Sakai and a samurai warrior.

The appeal seems quite evident after just a short introduction to what the game is all about, and the amazing graphics add to this for sure. Let’s hope we hear soon from Sony about whether the game will be ported to the PC or not for otherwise, the only way to play it will be to buy either the PS4 or the PS5.