Home
Entertainment
The 100 Is Back With Episode 10 Of The Final Season! 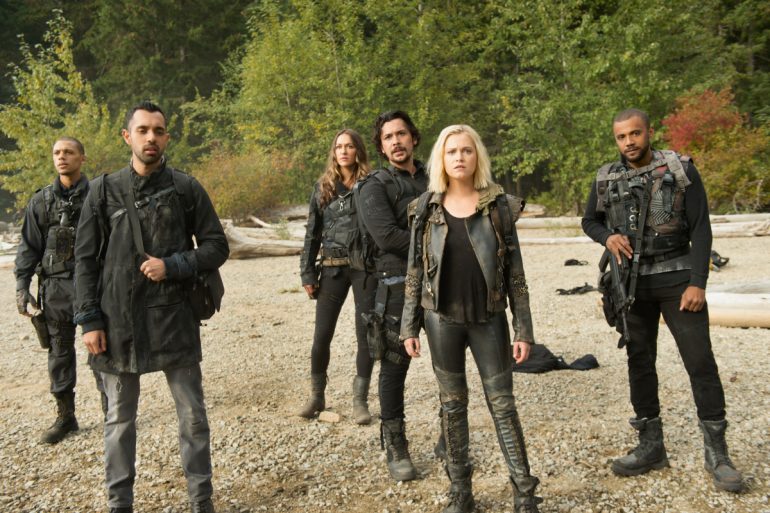 “The 100” tells the story of how a nuclear conflict has brought an end to civilization as we know it. An entire century later, a spaceship that is full of humanity’s sole survivors sends down 100 juvenile delinquents to Earth to see whether it is habitable and clean of all the toxins from the nuclear war. The first episode of this post-apocalyptic science fiction drama television series was released on March 19th, 2014 and has since been a favorite of everyone that stumbles upon it. The series has completed a total of 7 seasons so far is running at a cumulative 93 episodes and still going strong!

In April of 2019, the series was renewed for a seventh season that premiered on May 20th, 2020, and is said to be the last of the series. So far, all the seasons have had from 13 to 16 episodes each, and the seventh one is to have sixteen as well. In October of 2019, the prequel of “The 100” began development. The prequel series is set to show what happened 97 years ago and show the events of the nuclear war that caused the apocalypse in the first place. In February of 2020, some of the cast members that were revealed were – Lola Evans, Adain Bradley, and Leo Howard.

The title of the tenth episode of the seventh season is titled “A Little Sacrifice.” In the mid-season finale, Murphy and Indra get trapped and are forced to work their way out of the challenging position by taking emergency measures. Also, several new alliances are formed, which leads to a tense atmosphere in general. Lets now take a look at what the 0th episode of the final season has in store for fans.

Recap Of Episode 9 And What Episode 10 Will Feature

To get a better understanding of what we might see in the tenth episode, we might have to first take a step back and look at what episode nine, titled “The Flock” showed us. Clarke must face Octavia, Diyoza, and Echo after Bill summons them, but now that they are disciples of the Shepherd and have spent months training how to fight alongside Bill and Anders, it leads to its own set of complications.  The four, which include Octavia, Diyoza, Hope, and Echo, have to build their physical strength as well as sit through fear simulations. In the final simulation test, Echo, Octavia, and Diyoza kill Hope without a moment’s hesitation, but Hope is unable to do the same. Echo is left to decide Hope’s future, and she decides to sentence her to five years on Penance to break her spirit. This is why Clarke does not meet her in the future.

Meanwhile, at the Sanctum, Nicki and Nelson have taken hostages and plan to execute them if Russell, Daniel, and Raven refuse to surrender within 20 minutes. Eventually, Wonkru arrives and forces them to surrender, but all hell breaks loose when people discover that Sheidheda is in Russell’s body. Indra leaves him to die, but it turns out that Sheidheda kills each and every one of the faithful. When the Dark Commander commands Trigedasleng to open the door, they are shocked to find him standing in a room full of blood, but to this, he simply explains that he is only just starting and then all the Grounders bow to him. The teaser shows Clarke Griffin attempting to tackle the fallout on Sanctum after season 6. It all seems to be coming full circle with the new episode and the ones lined up!

The sixth season shows 125 years later after Clarke and Bellamy and the others wake up from their Cryosleep and find that they are no longer orbiting Earth and have been brought to a new and habitable world called “Alpha” which is also known as Sanctum. They discover a new society that is led by ruling families called the Primes, and they must also navigate new struggles and dangers of the world and a mysterious rebel group called the Children of Gabriel. The seventh season is how they try and find a way to all co-exist in peace following whatever happens in the previous season.

The cast is full of brilliant actors that are portrayed in an expanse of interesting and fascinating characters. Let’s see who these people are that are responsible for creating the magic on screen. Eliza Taylor is seen in the main role of Clarke Griffin and also portrays Josephine Lightbourne VIII in season six, Paige Turco is seen as Abigail “Abby” Griffin from seasons one to six, Thomas McDonell plays the role of Finn Collins in just season one and two, Eli Goree is seen as Wells Jaha in season one, Marie Avgeropoulos as Octavia Blake, Bob Morley as Bellamy Blake, Kelly Hu as Callie “Cece” Cartwig in the first season, Christopher Larkin as Monty Green from seasons one to five, Devon Bostick as Jasper Jordan from seasons one to four, Isaiah Washington as Thelonious Jaha. Others from the first couple of seasons include Henry Ian Cusick, Lindsey Morgan, Ricky Whittle, Richard Harmon, Zach McGowan, Tasya Teles.

The 10th episode of the final (7th) season is set to release on August 5th, 2020, at 8 PM on The CW. The latest episodes of “The 100” can be watched online on The Cw website as well as the app. The previous seasons are also available for view on Netflix, and in several countries, fans can watch new, weekly episodes on the streamer. However, it seems that season 7 will only be available around September 2020 once it has aired on The CW already. You can rent already released episodes on Amazon, and if you have a live subscription to Hulu + Live TV, Fubo TV, and AT&T TV, NOW these are all options as well.