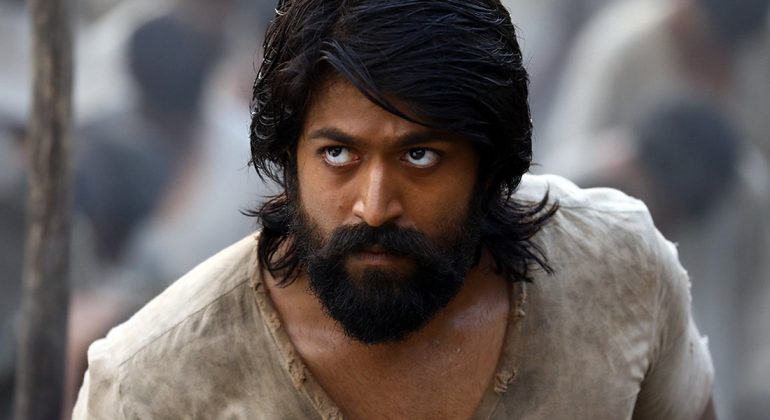 Kgf 1 which was considered one of the blockbuster films of last year that literally shattered a lot of Boxoffice records in India is all set to return with its much-awaited sequel of chapter 1. The Kanada language period action drama will be directed by Prashanth Neel and it will feature our very own favorite Kannada star Yash who starred in part 1 of KGF which went on to become a major hit both in domestic as well as in outside India. The KGF Chapter 1 was released last year in December and it was released in five languages such as Kannada, Tamil, Telugu, Hindi, and Malayalam. And the main lead Yash who started in the film gained a massive fan following thereafter. As the fans wanted more updates about the KGF Chapter 2 so in this article we will discuss all the key attributes we gathered so far related to KGF Chapter 2. So without further ado lets discuss the updates.

As far as the updates for KGF Chapter 2 is concerned the main lead of the film Yash previously given a hint about his plans to a role in the Bollywood superstar Sanjay Dutt in KGF part 2. And later on, it was confirmed by Sanjay Dutt himself that he will be playing the villain in chapter 2. Sanjay will play a character named Adheera in KGF Chapter 2. Yash also previously revealed that earlier the KGF was offered to Sanjay Dutt. But due to his tight schedule, he was not able to sign the film at that time, but later on, he expressed his interest to the director Prashanth Neel that if Prasanth has roles in his mind for Sanjay Dutt for KGF Chapter 2, then he will definitely persuade it. And hence that is how Sanjay landed the role of Adheera in the KGF 2. One more thing that the fans should know about the movie is that the director of KGF Prashanth Neel himself written the story and the screenplay for the movie, and Vijay Kiragandur produced the project under the banner of Hombale Films.

As far as the Air Date for the KGF Chapter 2 is concerned it is all set to release Worldwide on 23 rd October 2021. The Production for chapter 2 started in March 2019 so we can surely expect it to be returned on the Big Screen by October 23, 2019. That being said with the ongoing Pandemic we can surely expect some delay with the Air Date. And according to our guesses, the film might get the Air Date shifted to December 2021, but as of now, there has not been any official announcement made from the Hombale Films production house nor from the directors or producers so this is good news for all of us as fans are extremely excited to watch the second part of KGF. As we have even marked the date for the film 23rd October 2020 when we will finally witness the conclusion of what happens after Garuda is dead.

As far as the cast for KGF Chapter 2 is concerned here are the updates we got so far. Apart from the main cast of the KGF Chapter 1 Sanjay Dutt also going to play a character named Adheera (The villain of KGF Chapter 2). He announced this information on his 60th Birthday among his fans on Instagram. There were also some speculations about Raveena Tandan playing an important major role in the film and later on, that news was also confirmed by an Official News Site that Raveena will be seen portraying a character named Ramika Sen, India’s Prime Minister in 1981. So till now, we are sure about Raveena Tandan and Sanjay Dutt who will play major roles in KGF Chapter 2. But we have also got some updates about the expected cast whom we can witness in the KGF Chapter 2. Here are the details.

Thank you @thenameisYash. Truly happy and excited to be a part of #KGF as #Adheera. See u soon Monster!!! 😊 #Repost @thenameisyash ・・・ Turning 60 hasn't and will not stop this KhalNayak from charming us!! Let your legacy continue @Duttsanjay. HAPPY BIRTHDAY Sir. Welcome to the world of #KGF 😊

That is all the updates we have got so far about KGF Chapter 2. If we receive any further updates about the movie we will keep you posted.