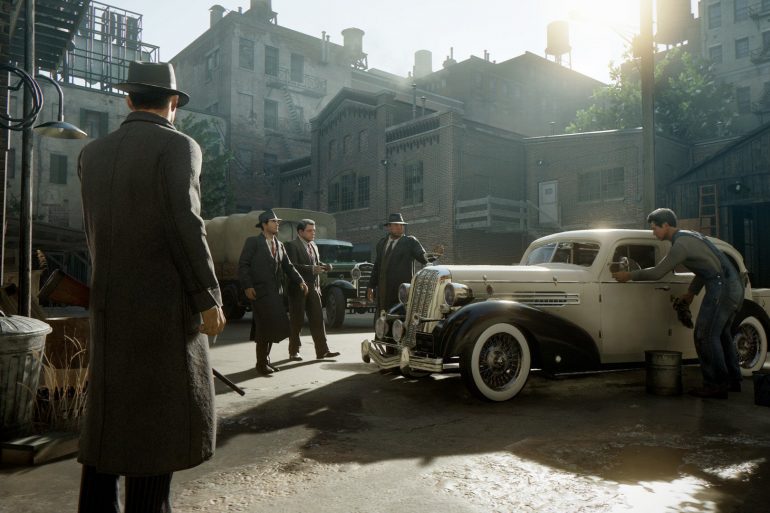 2K games has decided to create a remake of the first “Mafia” game and the game is getting a re-release this year.The first game was released in 2002. It is called the “Mafia Trilogy” and is to feature remastered versions of  Mafia 2 and Mafia 3 and a complete remake of the original Mafia and 2K has called this “the centerpiece of the collection”. Haden Blackman, president and CCO at Hangar 13 who was initially the writer and director of Mafia 3 is now leading the development of the latest, “Mafia: Definitive Edition”. In a recent press release, he was quoted as saying,

“The original Mafia made such a lasting impact on how video games can tell serious stories, and we know how much the series’ fans still revere it. Nearly 20 yers after the Mafia series started, we now have an amazing opportunity to introduce this beloved game to a new generation of players and give longtime fans a chance to relive Tommy’s story with a stellar modern presentation, as well as new story elements and gameplay features”.

From this statement itself it seems as though “Mafia: Definitive Edition” is going to be filled with a punch of nostalgia and also a whole set of new features to be able to rediscover the entire experience! The new game is to have a whole new and updated script, dialogues, deeper backstories, more cutscenes, and an entirely new gameplay sequence. 2K has also released a new narrative trailer that shows many of the remake cinematic’s and what could be expected. There is also an original teaser for the entire trilogy available for view.

Mafia 2 and Mafia 3 are currently available for purchase. The first Mafia tells the story of Tommy Angelo who is a cab driver and is trying to make a living in the city if “Lost Heaven Circa 1930” in America. Soon enough, he finds his way into organised crime. While playing the game, the player plays as Tommy, and it is up to them to keep their totally legit business running while also creating a place for yourself in the underworld. Lets see what we can expect with the remake and when it is set to release!

In the Mafia Trilogy, Mafia 1 is the only game that is getting a compete remake. Both Mafia 2 and Mafia 3 are simply getting remastered, which means, a graphical update for modern consoles and the PC. Mafia 1 is to see a complete change as the entire storyline in itself will be told a little differently with changes in the graphics as well. New features like motorcycles and collectibles as one explores the city are also going to be a part of this remake.

Mafia 2 and Mafia 3 have already undergone their remastering and are available at this very moment for purchase. Mafia 2 tells the story of Vito Scaletta who is a war hero and becomes involved with his father’s debts. In addition to this, his friend Joe tries to prove himself in the underworld and tries to make a name for himself alongside. Mafia 3 is full of an exciting narrative with nuanced characters and great storytelling that follows much the same storyline involving the underworld.

Mafia: Definitive Edition was originally set to release on August 28th, 2020 but due to the complications surrounding the current pandemic, it has been delayed to a Air Date of September 25th, 2020. As of now, the game is available to purchase on Xbox One, PlayStation 4, and PC via Steam and will also be made available on Epic Games Store and Google Stadia at a later date which has not been announced as yet.

For long time players of Mafia, this is extremely exciting news and a Air Date this close is very interesting. The game is sure to have new storyline making it newly discover able for all those that have already played Mafia 1 but the hint of nostalgia will remain. Stay tuned and check back as we will update you when we hear anything new!