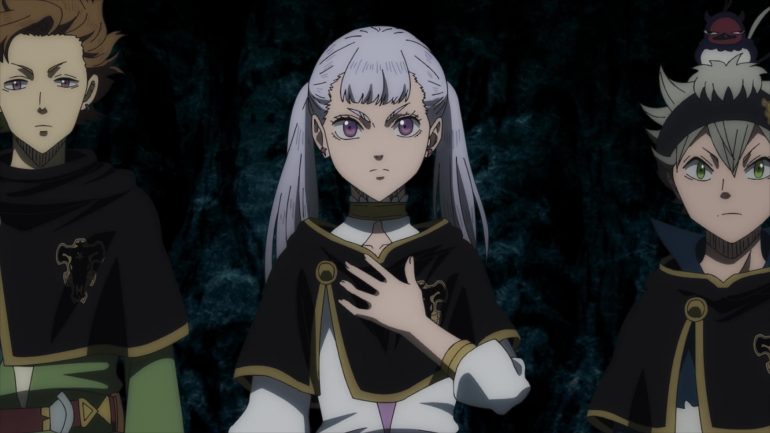 The Black clover Episode 137 release date is around the corner and the forthcoming episode release date updates had all the fans extremely excited about it. Following the release of the previous episode of The Black Clover Episode 136 the viewers are very excited to witness what awaits next in the journey of these Aspiring Young Wizards. In the previous episode of The Black Cover, we witnessed how the Blackbull advanced with their training. Meanwhile, we also saw Noelle seem to recall her memories with her mother, and as the story progressed further we witnessed the unexpected reunion of them with the Guardians, and thereafter everything went well for the Blackbull member especially for Noelle in episode 136 of The Black Clover. So now to witness what will happen next in the journey of these Aspiring young wizards we have to wait for the release date of The Black Cover Episode 137. But, We have managed to gather some updates about the next episode which we will discuss in this article so here is all you need to know.

The Black clover Episode 137: Release Date and What can We Expect in Episode 137?

According to ANN, The Next Episode of The Black Cover is titled “Charmy’s Century of Hunger, Gordon’s Millennium of Loneliness” and it is expected to be released on the 4th of August 2020 and assuming you are from Japan the series will first premiere there at 5:25 PM (JST). And after only it finishes its premiere on Japan the show will be available for streaming online. The show is available in the following streaming services Animelab, Crunchyroll, Funimation, Hulu, and VRV. You have to enroll for a subscription to watch the show online.

Here is the preview of the next episode of The Black Clover it is Titled as: “Charmy’s Century of Hunger, Gordon’s Millennium of Loneliness”