Cells at Work Season 2 Will Release After the Theatrical Anime Gets Released First. Here Are Complete Details. 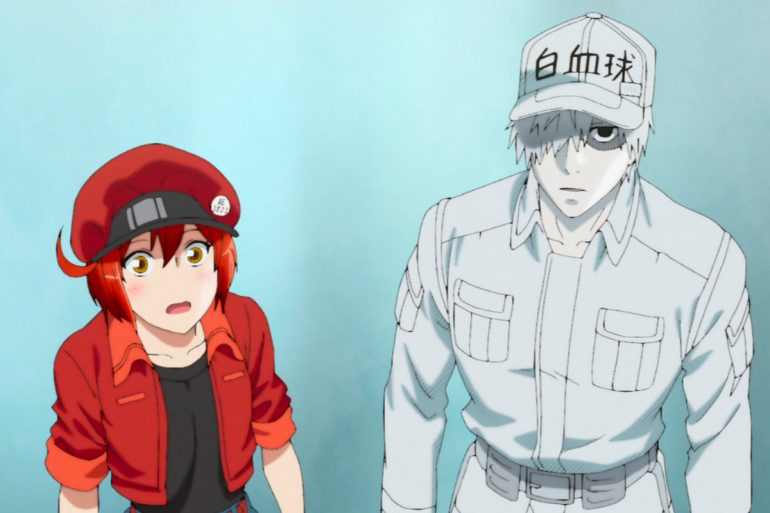 Cells at Work the Japanese Anime Manga Series had all the fans extremely excited about it and in the recent information that got leaked we got know that the anime The theatrical anime will open in Japan from September 5, 2020, and it will feature the story from volume 5 of the manga before the second season gets released in 2021. As the fans are very excited to know about the latest updates regarding the Anime so in this article we will discuss all the latest updates associated with it.

Anime mainly takes place inside the human body where trillions of anthropomorphic cells each do their duty to keep the human body healthy and Fit. The series mainly centers on two such cells one is a rookie red blood cell, AE3803, who often gets lost during deliveries, and another one is a remorseless white blood cell, U-1146, who protests the human body versus any germs that tries invade the human body. Recently the official website of the Tokubetsu Jōei-ban “Hataraku Saibō!! recently shared a video that features White Blood Cell voice actor Tomoaki Maeno, Platelet voice actress Maria Naganawa, and the backup dancers Urara & Nageee (FIREWORKS). MaiMai (FIREWORKS) choreographed the dance performance to the television anime’s opening number “Mission! Ken – Kō – Dai – Ichi” (Mission! Health First). The new cast we witnessed in the new opening video of the Anime is as follows, Here are the details.