Home
Entertainment
Hunters Season 2 Release Date, Cast and Crew Details, Trailer and Everything Else You Need to Know

Hunters Season 2 Release Date, Cast and Crew Details, Trailer and Everything Else You Need to Know 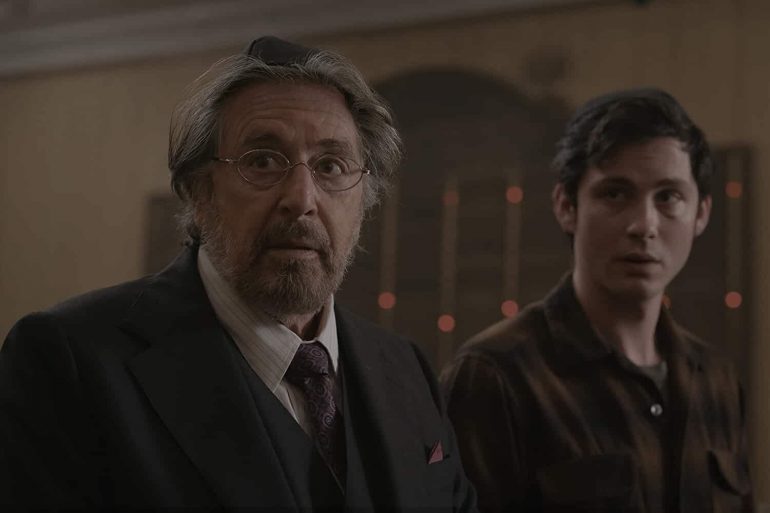 David Weil’s ‘Hunters’ has finally received the green light for a new season for which the fans had been waiting for a while now. The show creator had already said to have mapped out five seasons to be a part of the series, which had made the existence of Hunters Season 2 more obvious even before it’s renewal.

With this article, we have brought to you all the details that which you would like to know if you are interested in this series. So without wasting anymore time, we should start it at once.

The series is estimated to come out in summer 2021, or in the later half of 2021 on Amazon. The show has just received it’s official renewal status a few days back on August 3, 2020. The series premiered earlier this year on February 21, 2020 on Prime Video and all the ten episodes were released on the same day. You can watch all the episodes of the season on Amazon Prime Video, if you own the subscription to the streaming platform. Although the exact date of release is very hard to predict because of the ongoing Coronavirus pandemic, which has already pushed away the release of a number of series, we hope that the production starts soon.

The first season has been tagged as a thrilling, action-packed, and a twisty project that was loved by the viewers a lot. Although it received a lot of critisism for its flaws, it was still entertaining and kept its spectators hooked till the very end. The show highlights the theme of goodness and evilness, courage and survival which should continue to be focused in the upcoming season as well.

The show was led by Logan Lerman as Jonah Heidelbaum, Al Pacino as Meyer Offerman, Lena Olin as The Colonel, Jerrika Hinton as Millie Morris, Saul Rubinek as Murray Markowitz, Carol Kane as Mindy Markowitz, Josh Radnor as Lonny Flash, Greg Austin as Travis Leich, Tiffany Boone as Roxy Jones, Louis Ozawa as Joe Mizushima, Kate Mulvany as Sister Harriet, and Dylan Baker as Biff Simpson. Although the cast list for the second season of the series has not been decided yet, it seems like most of the members of the main cast will reprise their roles for Season 2.

In the season finale, we witnessed only the lower half of Hitler’s face, with the mustache, indicating the appearance of a high-profile actor as Adolf Hitler in season 2, or keeping him as an antagonist in the background. The major revelation will take place in the next season including the current state of Joe. He will be focusing on soul searching in the future episodes, and will be used as a weapon for the destruction by the Nazis. Since we have seen Joe sitting at a dinner table with Hitler and The Colonel, who is under the identity of Eva Braun, Hitler’s wife, there must be some new twist behind this as well. Moreover, we do not exactly know the motives of nun Sister Harriet played by Kate Mulvany, who seems to be scheming something, and might turn out to be a third party rival.

You heard it here first. #HuntersTV will be back for Season 2. pic.twitter.com/qGMrES4BKW

Loosely inspired by a lot of real Nazi hunters through the years, the American web television drama puts its focus on a diverse band of Nazi hunters, who live in New York City in the year 1977. They find out that Nazi war criminals are plotting against the people in order to create a Fourth Reich in the United States.

Jenna Anderson
Jenna is a game freak and handles gaming news with an iron fist. She's also written stuff for Anime Insider and Anime News Network, as well as a lengthy stint editing Pokémon things for The Pokémon Company. She still plays the games and seriously can't believe there are 807 Pokémon now.
Email:[email protected]