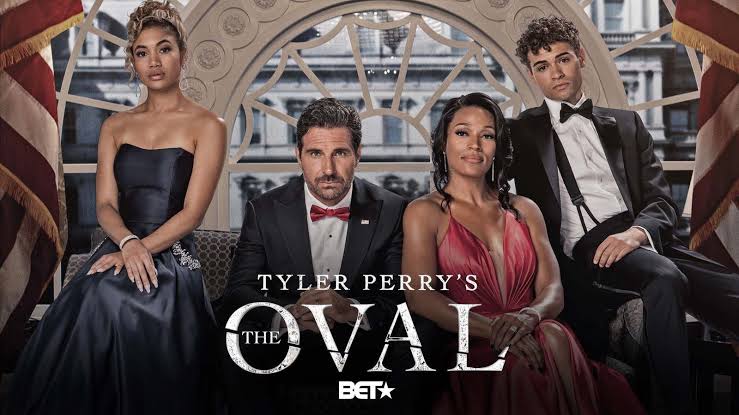 The Oval concluded its season on July 22, 2020, and the fans are already speculating what new the makers of the show are going to deliver to us in the next season. Yes, you heard that right! The show has received it’s a green light and a brand new season is already on the floors.

Although the show was highly criticized for its concept and acting, it received average ratings from the spectators. Though many people were thinking that the show will get canceled, it has finally been able to overcome the negativity and has gained another chance to prove its existence.

Here we will be informing you about the required details of the show, along with the date of premiere, cast, storyline, and the trailer of the new season. So without wasting any more time, let’s get started.

The second season of The Oval is expected to air from the fourth quarter of this year, or in the first quarter of next year. The series has already been renewed in April this year and has started its production from July 8, 2020. Earlier it was stated that it might begin its production from March this year but due to the Coronavirus pandemic, it was pushed away for a few months. However, now it seems like the series has finally gained some momentum and it should not get delayed anymore.

The first season was broadcasted from October 23, 2019, to July 22, 2020, on BET and was widely loved by the fans. The season consisted of a total of twenty-five episodes with each episode having a runtime of 45 minutes on an approximation. You can watch the first season of the series on the official website of BET+ or on the mobile app of the same name. You can also stream the show on Bet+ Amazon Channel, Sling TV, fuboTV and DirecTv, if you own the subscription rights to any of them.

In the first season, the series cast Ed Quinn as President Hunter Franklin, Paige Hurd as Gayle Franklin, Kron Moore as First Lady Victoria Franklin, Javon Johnson as Richard Hallsen, Ciera Payton as Lilly Winthrop, Daniel Croix Henderson as Jason Franklin, Ptosha Storey as Nancy Hallsen, Travis Cure as Bobby, Walter Fauntleroy as Sam Owen, Taja V. Simpson as Priscilla Owen, and Teesha Renee as Sharon. Although the official cast list has not been revealed yet, it seems that most of the members from the first season will reprise their roles along with a few more addition to the list.

Last year on November 7, a spin-off of the original series was announced, titled, ‘Ruthless,’ portraying the events with Ruth Truesdale, who is entangled in a scandalous religious sex cult. The show premiered on March 19, 2020, and is currently having a mid-season break.

The American prime time TV soap opera, ‘The Oval’ which is created, executive produced, directed, and written by Tyler Perry— follows the life of the Newly-elected President of the USA, Hunter Franklin, and his family, who have relocated to live in the White House. The show brings into limelight the everyday life as well as the personal side of the staff working for the well-being of the county’s most important residence.

The final announced for the new storyline of the political drama has not been made for the time being, but it seems that they are going to pick up the storyline from where they left. We need to wait for them to release further information that is accurate enough to predict the storyline. Stay tuned with us for more details about the drama, as we will provide you all the future updates as fast as possible.

Although the trailer for season 2 has not been released yet, you can watch the first season’s trailer for the time being. Click on the attachment provided below to watch it now.

Jenna Anderson
Jenna is a game freak and handles gaming news with an iron fist. She's also written stuff for Anime Insider and Anime News Network, as well as a lengthy stint editing Pokémon things for The Pokémon Company. She still plays the games and seriously can't believe there are 807 Pokémon now.
Email:[email protected]