Home
Entertainment
The Umbrella Academy Season 3 Release Date: Will There Be Another Season?

The Umbrella Academy Season 3 Release Date: Will There Be Another Season? 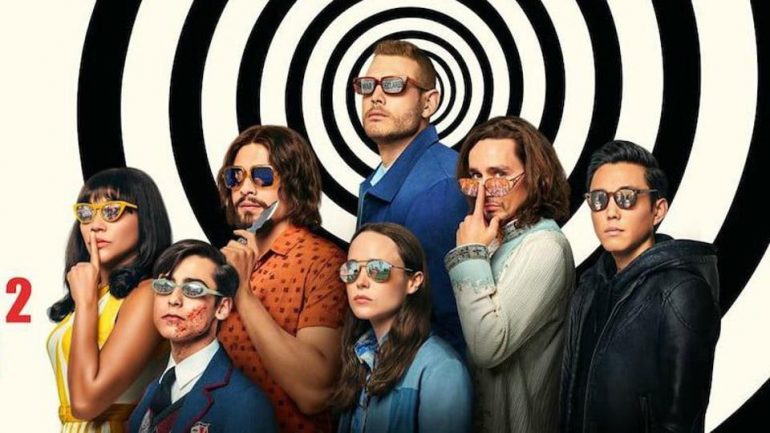 “The Umbrella Academy” which has been quite a hit for the past two seasons on Netflix might return for a third season and we are here to discuss all the details! The second season premiered on Netflix at the end of July 2020 and brought with it a sort of impatience regarding its third season. The second season came to an end that was quite abrupt that left its audience with more questions than answers. What exactly is “The Sparrow Academy”? Before we dive into the dish for the next season, let’s see what the show is all about.

This superhero web television series, “The Umbrella Academy” is based on a comic book of the same title. The book is written by Gerard Way and the series was created by Jeremy Slater. If you have not watched a single episode as yet, maybe its interesting storyline that is about a dysfunctional family made up of adopted sibling superheroes might intrigue you. The siblings reunite to solve a huge mystery, the death of their father, and the threat of an apocalypse. The show runtime is 40 to 60 minutes and is available for view on Netflix. The first season premiered on February 15th, 2019, and the second season on July 31st, 2020 and there has not been a bad word about it in all this time. The series is filmed in Toronto and also Hamilton.

Both the first and the second season have a total of ten episodes. Though the last season ended with Luther, Five, Vanya, Klaus and Allison having escaped another apocalypse and also managing to make it back to their decade, the story is not over and it seems like we have not got the happy ending w were hoping and looking for. So far, no trailer has been released for season three and no official word from Netflix either about renewal but let’s see what we could expect.

Cast Returning For Season 3 Of The Umbrella Academy

With all that has happened the past two seasons, we can place some safe bets on who will and won’t be returning for the third season of “The Umbrella Academy” and it seems like Vanya who is played by Ellen Page, Allison who is played by Emmy Raver-Lampman, Five played by Aidan Gallagher, Robert Sheehan who plays the role of Klaus, Diego played by David Castaneda, Tom Hopper as Luther, Reginald played by Colm Feore, and Ben played by Justin H Min have all made the cut and will be returning if at all there is a season three.

Because of time travel, we can expect to see some faces that might not have been there otherwise that include, Grace (played by Jordan Claire Robbins), Cha-Cha (Played by Mary J. Blige), and Pogo (played by Adam Godley). The return of the Handler also seems inevitable.

What To Expect In Season 3 And Release Date

Looking at the comic books that the series is adapted from, we know that the fourth book is titled “The Sparrow Academy” and since the second season ended with the mention of the same but with no reasoning, it’s safe to assume that the next season might shed some light on these specific words. Gerard Way has been quoted as saying, “deals with something that had been secret for a long time, and our siblings learn a lot about what was happening behind the scenes, as well as discovering the true nature of some characteristics that have been with them since the beginning. The series finally starts to answer the question: “What about the other babies born on that day, at that moment?” The Umbrella Academy siblings are not alone in the world anymore”.

This interesting bit of information surely makes us hopeful for some exciting events in the next season. A few more questions that require addressing definitely have to be about Sir Reginald Hargeaves being an alien and the powers that Harland gets from Vanya, what lies ahead is a real mystery and we hope with the release of season three we find some answers.

Speaking of the release of season three, it is unfortunate that Netflix has given no official word on the same but we hope that there will be one as the story is not yet over and there is plenty comic book material to go on for another season at the very least. Looking back, the announcement for the second season also took place only much after the release of the first season so maybe there is still some time in this aspect! So for now, we are hopeful until we hear anything otherwise and we hope you are too! Stay tuned and we will be sure to update you the minute we hear anything right here!