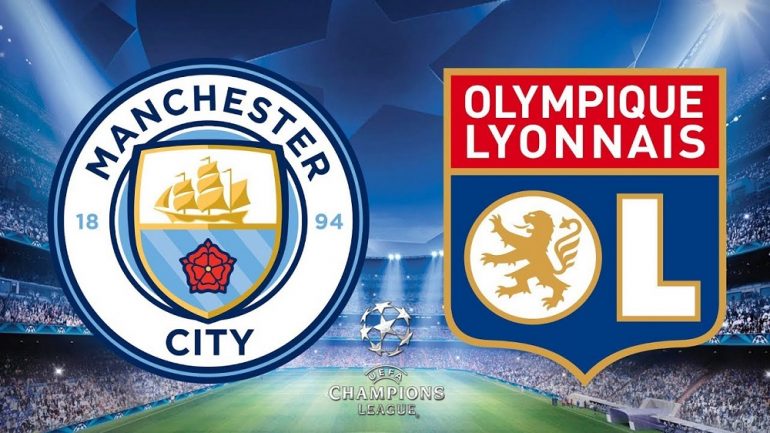 After making it through the second leg of Round of 16, Olympique Lyon and Manchester City will be up against each other in the quarter-finals.

After a night full of thrilling adventure, Manchester City and Lyon have paved their way to the UCL Quarter-finals. The Premier League and Ligue-1 teams defeated the La Liga and Serie-A side respectively. Lyon and Manchester City will now be facing each other in the quarterfinals, It is going to be held on 15th August 2020.

Manchester City defeated Real Madrid with a score of 2-1 at their home ground. Jesus and Sterling made it to the scoresheet while Benzema scored a goal from the opposition’s side. With an aggregate score of 4-2 City moved on to the quarter-finals. Jesus shone as he assisted the early first goal to Sterling and chipped the second one over Thibaut Courtois with critical errors from Raphael Varane. Varane even issued a statement saying it was his defeat and the team was not to be blamed.

Still, the rest of the teammates stand by Varane. In fact, Kroos also said that he will not be watching the rest of the UCL matches but will also not blame Varane for their defeat.

On the other hand, Lyon lost the game 1-2 against Juventus. They made it to the quarters with an aggregate score of 2-2 due to the away goal advantage. Depay opened for Lyon but later a handball due to him Ronaldo was able to score a penalty to make it 1-1. Later on, in the 59th minute, Ronaldo scored a screamer from outside the box to make it 2-1. Even though Ronaldo scored a brace, Juventus could not make it to the quarter-finals. Now, Lyon is up against Manchester City. The match is definitely going to be incredible and the fans will be waiting for the faceoff.

Today, Barcelona will be playing Napoli with a score of 1-1 from their away match. Chelsea will also be trying to overturn the match by playing against Bayern Munich. Currently, Chelsea is 3 goals down from the first leg. The winners from both the matches will be playing against each other on 14th August 2020. In other news, PSG will be taking on Atlanta on 12th August while Atletico Madrid will battle RB Leipzig on 13th August 2020 to secure their places in the semi-finals. The matches will surely be worth watching with the association adopting the new format of only 1 leg. Let us know in the comments which teams will make their way to the semi-finals. For more such updates, stay tuned with us.