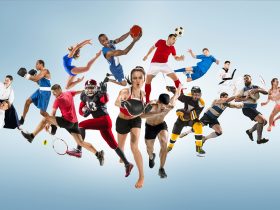 Virat Kohli is ready to embark on a new journey in his life. He posted a picture with Anushka Sharma, his wife to announce that they are expecting the birth of their first baby. People across the entire entertainment and cricket community were delighted to hear the news. Virat and Anushka’s fans were cheered with the news as they took it to their social media to congratulate the couple. In an interview that Virat gave two years ago, he explained his views on raising kids. He also mentioned how he wanted to nurture and look after his kids. While speaking to ESPN, the Indian skipper shared his beliefs and opinions on how life changes after marriage. A person has to do family planning and how they have to think about the upbringing of their kids.

During that interview, the Virat stressed on the fact that he did not want any part of his career to affect his personal matters. Especially when his kids are growing up, he wants them to have a normal life like any other child. The 31-year-old also said that he plans on not even set up a trophy cabinet in the house as he feels it could have an impact on his children’s lives. Since the past decade, many cricketers remain active on the field and represent their countries even in their late-30s. Kohli’s forerunner Mahendra Singh Dhoni recently announced his retirement from all the formats of international cricket. Dhoni had just turned 39 last month. But, Kohli also said that he will continue to be a part of the IPL. After this interview of Kohli resurfaced, people started suspecting on how long we will see India’s star batsman play.

Will Virat Kohli be retiring soon?

Virat Kohli is one of the finest batsmen that the world has seen. He has established his supremacy in the cricketing world long ago. He has won the ICC World Cup 2011, ICC Champions Trophy 2013 and many other trophies. Not much time ago, in a live session with Kevin Pietersen, Kohli made a confession that he might put a pause on some formats of the game in the future. He added that he was thinking of doing this after representing the Indian national team in the 2023 World Cup. Virat has been a part of the Indian team across all the three formats for the past 9 years. He has been playing IPL on the side as well. Consequently, he feels that will not be possible for him after a couple of years. Everyone will surely be upset if Kohli gives up any format. His fans believe that he is the only one who can break Sachin Tendulkar’s record of 100 centuries in Tests and ODIs combined. Nobody knows what will happen in the future, but his fans will surely respect whatever decision he makes.

For now, the good news is that he will be becoming a father in January 2021. Nevertheless, he will be seen leading the RCB soon on their quest for their long-quenched IPL title. The tournament will be hosting its 13th season and will be held in UAE owing to the COVID-19 pandemic. It will be interesting to see how he does this season after the good news of him turning into a parent. Let us know in the comments section if you think he will be able to win the title for his side that they have been longing for.