Amazon Receives US FAA Approval for Package Delivery Through Drones 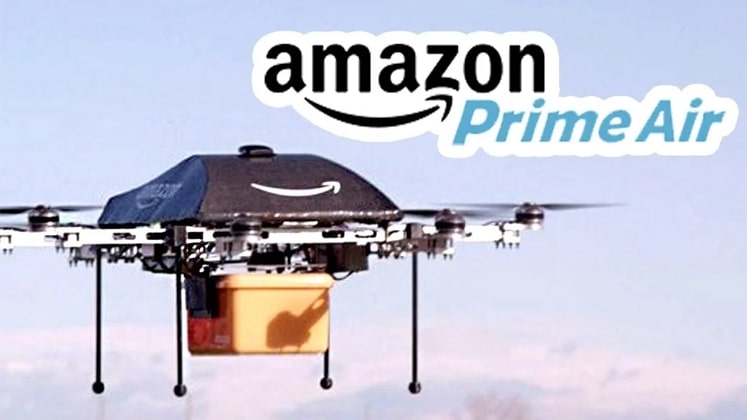 Getting the Amazon package from the sky is now close to becoming a reality. Amazon.com, giant among giant when it comes to online shopping, Finally getting approval from the US Federal Aviation Administration aka FAA to deploy their package from the sky with the help of drones. The package delivery done by drones, dropping the package into the shopper’s backyard is now close to becoming reality.

Amazon decides to take its delivery service to the next level with the help of drones. They finally got approval for the project while other companies struggle to get the Approval.

Amazon prime air the company special service to deliver the package in 30minutes or less. The FAA approves it to test the delivery from autonomous drones. This technology is still under test run to check it’s credibility.

Amazon company CEO and founder Jeff Bezos said back in December 2013 on one of his TV interviews that “Drones will be flying to the customer’s homes within 5years”. Since then there is no information regarding the topic until now when Amazon finally manages to get the approval for testing drones delivery service.

The company decides to join with the alphabet inc’s unit wing and United Parcel Service Inc for this project to work with.

It will help to reduce the manpower required to deliver the package, as well as the fraud committed by the package deliverer which most of the people complain about that their package is not being delivered to them.

One drone can deliver multiple packages at the time and because they can fly, their efficiency regarding delivering packages in a short distance is quite higher than that of the delivery person.

Update: The news of Amazon getting an approval made the hashtag “PrimeAir” trending on Twitter.

Yu Darvish gets six wins in a row after scoreless outing

Even after all these benefits, they have their downsides as well for example if the drone gets shot down through unknown means it is a heavy loss not just of but also the products which were carried by the drone. Not to mention that drone programming could malfunction which also leads to its downfall.