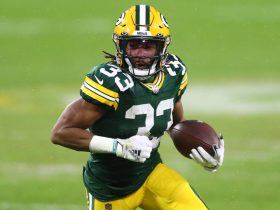 The 2019-20 Ligue 1 Champions Paris Saint-Germain is going through a very bad phase right now. Recently, three PSG players were found COVID-19 positive. These three players were, Neymar Jr., Angel Di Maria, and Leandro Paredes. All of these three players went to Ibiza for vacation after their defeat in the Champions League finals. It is said that all three of them were partying and having fun neglecting the safety guidelines. The three of them are an important part of the team. As a result, it will be difficult for the team to replace them if they do not get well before their first 2020 Ligue 1 season match. They will be locking horns with Lens on 10th September for their first match.

All the players are in isolation right now and following the safety guidelines. PSG had a wonderful season last time and also qualified for the Champions League finals for the first time. They did lose the finals by 1-0 against Bayern Munich, but this was the best performance in the club’s history and all the players had played an important role for the team in the season.

Who are the three players from the PSG squad that have tested positive now?

After the news about Neymar, Di Maria, and Paredes, PSG recently had another shock when they found out that three more players have been tested positive for the virus. The names of these three players left all the Paris fans stunned. The three new players to be tested positive for the coronavirus are the Centre Forward Mauro Icardi, first-choice goalkeeper Keylor Navas and the current captain of the team Marquinhos. This news came out the very next day when the first three were found positive. This will have a huge impact on the team as they look forward to beginning their fresh campaign.

Ligue 1 normally postpones the match of a team if more than 4 positive cases are confirmed on the team. The opening match between Marseille and Saint Etienne was also postponed due to the same reason. Almost, all the six players who were found positive are usually a part of the starting 11 of the team. Many teams such as Lyon, Marseille, Rennes, and Montpellier have also been affected by the virus. PSG’s match against Lens will probably be postponed now. We hope that each and every player who contracted the virus gets to the peak of their health as soon as possible and returns back to the ground to showcase their talent once again.