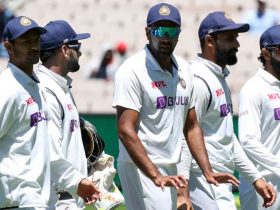 The Indian Premier League 2020 is returning on 19th September. It has been difficult for the BCCI to manage things this year with the pandemic making the situation difficult for everyone. The IPL 2020 had to be rescheduled and relocated. This year, the event is happening in the UAE and all the teams are forced to travel there following the safety guidelines. Not only the pandemic, but the ongoing tension between India and China led to the withdrawal of VIVO as the title sponsors of the tournament. But, the committee has overcome all the problems. They have made sure that IPL 2020 will take place this year without any further difficulties.

Many teams are going through a bad phase due to various reasons, but this year the team that is suffering the most is Chennai Super Kings (CSK). First, Raina had to back out from the competition for personal reasons then the fast bowler Deepak Chahar was tested positive for coronavirus. After all this, one more sad news for the Chennai fans was announced by the CSK officials. Recently, they stated that even Harbhajan Singh has backed out from the league due to personal reasons. This was a shocking news for all the Chennai fans as he is a very important player for the team.

Harbhajan Singh did not travel with the team two weeks ago as his mother was ill. So, he had to be there for her. Now, after two weeks he has stated that he will not be able to play this season. He has not stated the exact reason and has requested privacy. Talks about his replacements have already started. The former Indian Player, Deep Dasgupta even suggested that CSK should choose the all-rounder, Jalaj Saxena as his replacement.

Who is Harbhajan Singh?

The 40-year old off-spinner, Harbhajan Singh Plaha plays for the Indian National Cricket team. He also plays for Chennai Super Kings in the Indian Premier League. He is also popularly known as Bhajji. Harbhajan has faced many situations before fitting into the Indian Cricket team. He was told that his bowling action is wrong and is not the legal way of bowling. He also faced some disciplinary actions. But, in 2001 he got a chance to showcase his talent in the Border-Gavaskar Trophy when the leg-spinner Anil Kumble got injured. At that time, the Indian captain Sourav Ganguly chose him as the replacement.

Harbhajan has many records registered to his name. He was the first-ever Indian player to take a hat-trick in a test match. He is the second-highest off-spinner wicket-taker in tests. Overall, he is a great player and we hope that whatever personal stuff is going on in his life right now is resolved quickly so that he can return to the ground as soon as possible.