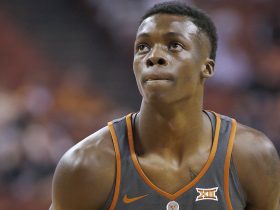 The Olympic winner and World Champion Mo Farah is back with a bang. The 31-year old athlete ran around 53 laps covering the distance of 21,330 meters in 60 minutes during the Brussels Diamond League. He beat Haile Gebrselassie’s record, the Ethiopian athlete which was set in 1998. Farah wanted to beat his record and had set his rights on it since he planned to participate. He had retired from athletics in 2017 and after three years of absence from the sport, breaking the world record is surely bewildering. The race was held without any spectators due to the pandemic but simulated crowd noises were arranged.

The Diamond League was founded in 2010 where Elite Athletic competitions are held consisting of invitational meetings where the top-tier of world athletics attend the meeting. The league was originally planned to replace the IAAF Golden League. IAAF was an event conducted annually where athletes used to win jackpots such as gold bars, prize money, and more. The Diamond League series events are also held in China, Morocco, Qatar, and the United States. Joanna Coates, the Chief Executive of British Athletics, and Christian Malcolm, who was recently named as the Head Coach of British Athletics can impact the sport. He is the first black Head Coach appointed in the UK athletics.

What motivated Mo Farah to break the world record?

There has been a cold war between Mo Farah and Haile Gebrselassie after Farah accused him of not helping in a robbery that had occurred. He was staying at Addis Ababa Hotel owned by Haile. The theft happened when Farah’s things such as his phones, cash, and watch were stolen. After Farah’s statement, Haile mentioned that Farah had a disgraceful conduct in the hotel not paying a $3,000 bill and attacking people at the gym. Things are sour between both the athletes which kind of motivated Farah to achieve what he did.

Who is Mo Farah?

Sir Mohamed Muktar Jama Farah, more popularly known as Mo Farah is a British athlete. He won the gold medal during the 2012 and 2018 Olympics. He has also won 5 golds in the European athletics competition and the British Athlete of the Year Award numerous times. Farah was born in Somalia but moved to London when he was 8. When he was 13, he started representing Hounslow in London Youth Games and went on to win five titles. In 2001, he won the Junior Championship after which he joined the Senior Championship creating records. Now, he will be returning to the Tokyo Olympics that is to be held in 2021. At the age when the feet of most of the athletes give up, Farah is creating and breaking records.