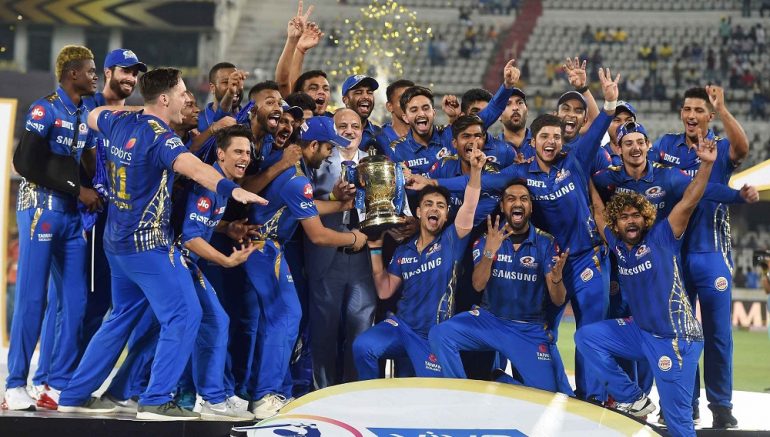 Is IPL 2020 canceled? Has IPL 2020 been postponed? Is IPL even happening this year? If you have been wondering all the above questions, we come bearing some good news for you. YES! IPL 2020 is happening and the schedule is finally out! The Governing Council of the world’s biggest cricket league announced on 9th September the fixtures for the soon to start league. The tournament will be hosting its 13th season in UAE. The first match will be played on 19th September, 2020. The defending champions Mumbai Indians (MI) will be locking horns with the last year runners-up Chennai Super Kings (CSK). In short, the first match itself is going to be thrilling and exciting.

MI and CSK are the most successful teams in the league. MI has won 4 IPL titles and behind them are CSK with 3 titles. The other teams to have won the trophy are Rajasthan Royals, Sunrisers Hyderabad, Kolkata Knight Riders, and Deccan Chargers Hyderabad. This year, it is surely going to be exciting to watch the matches as the players will not be having any fans supporting them during the match. The players are going to have to play with any cheering from the stands. Anyways, their squad and the support staff will surely be there to support and cheer for them.

What did BCCI President Sourav Ganguly have to say about IPL 2020?

The BCCI President Sourav Ganguly went on to say that even though there will be no fans in the stadium, he is sure that the people will cheer from their homes. He also stated that he is sure this year IPL will break all the viewership records as everyone will be glued to their Television sets to watch the matches. The President is completely confident that the league will be getting a lot of spectators online and via cable. He even said that after some time, they might even allow around 30% of the crowds into the stadium.

Manchester United Knocked out by Sevilla

This year, every team seems strong as they signed some new players whereas some have the power of their youngsters. However, CSK got unlucky as their star players Suresh Raina and Harbhajan Singh had to leave for India immediately due to some personal reasons. Later on, 13 players and supporting staff even tested positive from the team. So, it seems like a difficult time for them. But, even then the Captain Cool decided to not postpone their first match when given the option to do so and decided that they will give their best to defeat MI. KKR, Delhi Capitals (DC) and Royal Challengers Bangalore are some teams to look out this season as they come prepared to take on the challenge with some big signings this season. So, get prepared to cheer for your team as they take on the race for the grandest cricket league.