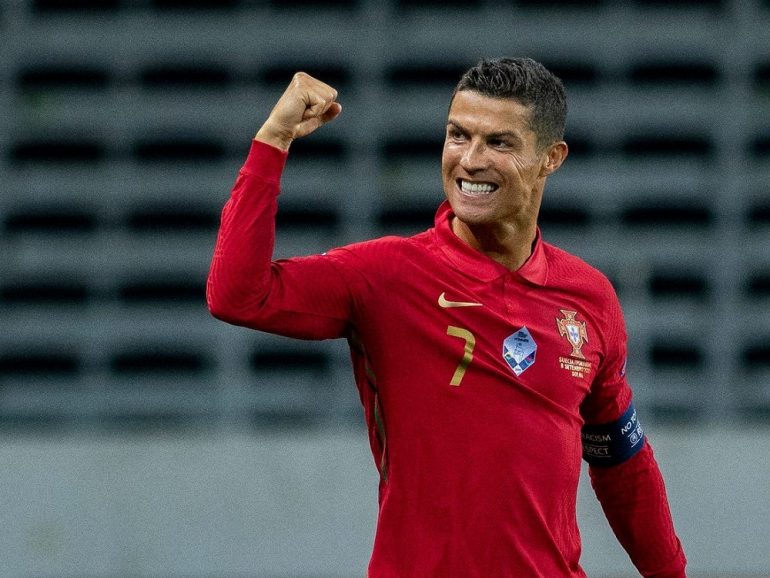 Cristiano Ronaldo, the superstar from Portugal scored his 100th international goal for his country in the Nations League match against Sweden. He had a toe infection due to which he could not play the previous match against the 2018 World Cup runners-up Croatia. Even then, he was in the stadium to support his team. Even though he had just returned to play for his country, he ended up scoring a beautiful freekick in the first half against Sweden which made him reach his international century.

Ronaldo’s freekicks for Juventus in the last season were not that impressive but when it comes to his country, he never fails to impress all of us. Ronaldo did not stop there and ended up scoring another goal in the second half of the game assisted by the youngster, Joao Felix. Ronaldo is an exceptional player and it is always a treat to the eyes to watch him play. He is also considered as the greatest footballer of all time by his fans. The only bad part about his 100th international goal was there were no spectators to celebrate with him in the stadium and scream ‘Si!’. Ronaldo has a huge fan base which he has earned throughout his career via his hard work. A lot of youngsters look up to him today.

Who is Cristiano Ronaldo?

Cristiano Ronaldo, who is also one of the best footballers that the football generation has ever witnessed plays for the Portugal National Football team and also for the Italian Champions Juventus FC. Even though he is 35 years old right now, he is one of the fittest footballers out there. The man is all about hard work. His hard work has made him reach heights. He has broken many records in football such as he has the most goals and assists in the UEFA Champions League, most club goals, and also most goals for his nation. He has won many titles in his career.

He has won 5 Ballon D’or, the most prestigious title a player could get for his performance, he has also won 5 Champions League in his career, the UEFA Nations league in 2018, one European Championship, and the list goes on. There are people who say that after he left Real Madrid, he has dropped his form but every time they say that, Ronaldo has proven them wrong. Ronaldo always plays his best football for his team. He is one of the best players out there and we hope that he keeps up his form until his retirement.