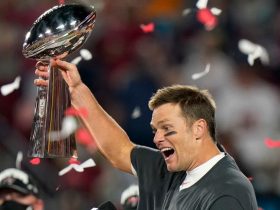 The transfer season is getting exciting day by day. So many done deals have made the fans believe that any club can leave their mark in the coming season. Especially, teams of the Premier League are on fire. There have been many signings in England this season. This season the managers have to think a lot and make the perfect decision for their teams. The pandemic has affected each and every team financially and it is clear that no team can spend their money on the wrong person.

The English Premier League is considered to be the most difficult of all the other European Leagues. With teams like Liverpool, Manchester City, Manchester United, Chelsea, Arsenal, and many more, the competition is very tough and hence each team looks to make their team stronger. Winning the Premier League title is not easy. Many teams have realized their weak points from the last season and wish to overcome those.

Manchester United has had a very bad season in 2019-20. They did not win a single trophy last season. They somehow ended up in the third position in the final matchday which got them selected for the coming season’s UEFA Champions League group stage. The Red Devils also lost to Sevilla FC in the semi-finals of the UEFA Europa League last season. They are a great team with many valuable players, but still, they were not able to win the important matches. The manager, Ole Gunnar Solskjaer realized that he needs to make some changes for the coming season, especially for the Champions League.

Manchester United have already reached an agreement with the Eredivisie’s Ajax for Donny van de Beek. Van de Beek is a Dutch midfielder who plays for Ajax. They have come up with an agreement where the fee is €40 million for a contract till 2025. Barcelona’s new coach Ronald Koeman also wanted Van de Beek, but it looks like United have won this race. Not only Barcelona but also Real Madrid were interested. It is expected that the transfer will be completed this week itself. This signing will make a huge difference in the Red Devil’s midfield. Van De Beek is a great midfielder with many skills. He knows how to pick up the right pass at the right time. He is an expert in breaking the opponent’s defense wall. It will be exciting to see the Dutch international play in the red jersey.