Away Season 2 Release Date and Expectations from forthcoming Season 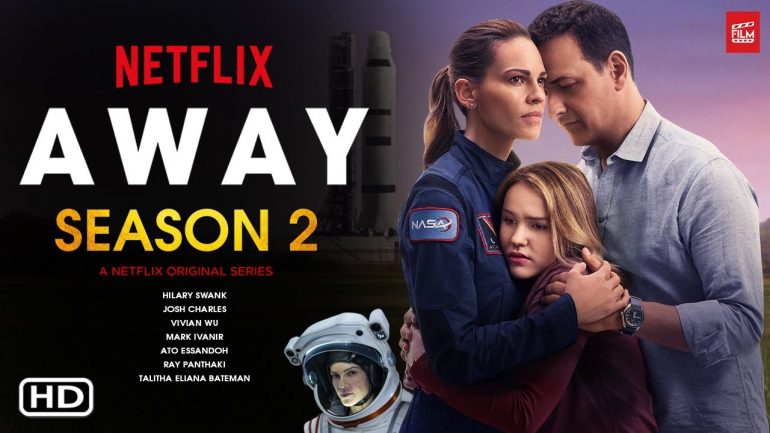 The series revolves around a NASA mission to Mars with most drama centered on the interpersonal conflict among astronauts from different countries. Released in September, season 1 star Hillary Swank as Emma Green. She is tasked with commanding the craft Atlas but loses some colleagues’ trust during a near-tragic prep mission on the moon. Meanwhile, Emma’s husband, Matt, suffered a stroke as he was suffering from cerebellar Malformation. This naturally complicates the logistics of the NASA mission. Emma moves forward with her three-year plan and receives support from both Matt and her daughter Lex.

Away season 1 includes romantic conflict for both Emma and Matt but not between each other. Ram professes his feelings for Emma in space, and Matt has an enlightening conversation with Lex’s caretaker Melissa. The entire Atlas crew prepares for their imminent landing on Mars, and Liu must make a crucial decision about her legacy and the team’s safety.

Away Season 2 Release date and Expectations

Away season 2 date hasn’t been decided yet. Netflix hasn’t greenlighted the second season of Away yet, and we won’t know about the release date probably until sometime in October. It is because the streaming services take 3 to 6 weeks before making renewal and cancellation decisions after the new season’s release.

Season 1 of Away was pretty liked by viewers and was given positive reviews on the same by the critics and public. Through this, it seems that the Away season 2 could be ordered sometime at the end of September or October. Looking ahead, it seems likely that the second installment wouldn’t release until the summer of summer 2022. It is certainly possible that Away season 2 could release in 2021, but due to the scope of productions, that seems improbable.

How Shuri Could become the New Black Panther

The Away season 1 ending shows that the Atlas successfully landed on Mars; several crew members tear up upon their immediate arrival and then take a group picture it is sent back to Earth. For NASA, the original plan was to have Liu be the historic photo’s focus because of the stipulation that Emmy must cover her face after cheating on her husband. The crew ultimately tried to show their popularity by posing together.

When asked about the ideas for season 2 of Away, Swank implied that the new episodes would focus on the character connections and social and political concepts. Season 2 of Away has a lot to offer; get ready to chill with season 2 of Away though it might be a long wait. Be patient!