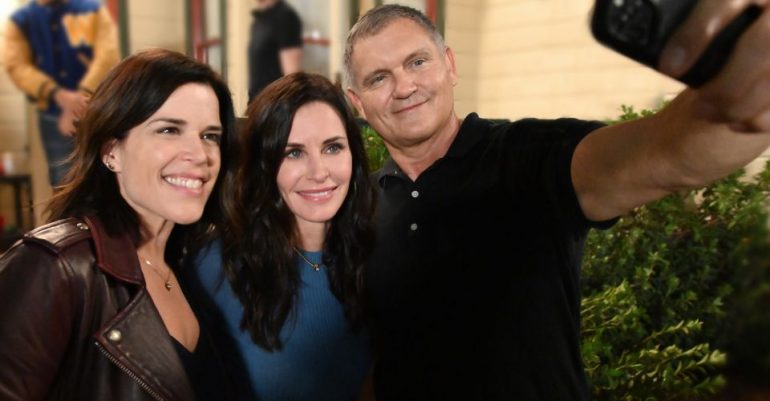 New reports suggest that Scream 5 is finally done with the process of filming now. Matt Bettinelli Olpin has directed this tale with Tyler Gillet. Matt has previously worked on various successful projects such as Ready or Not. This tale will serve as the fifth installment in the iconic horror film franchise. Tyler was also given the role of helming this movie after the unfortunate death of Wes Craven. Wes is the one responsible for helping all the previous films.

A fifth film was highly anticipated by all the fans since the 2011 reboot called Scream 4. You guys should know that there were many fans who did not like the previous installment. According to them, that tale did not live up to the films that were released before it. All this while, we all can expect Scream 5 to explore a new path from the previous films. This new movie will also honor the series as well as the legacy set by Craven.

Scream 5 ― Creators wrap up filming on the fifth installment!

We have seen how for years there had been rumors flying about Scream 5 in the works. But nothing concrete was given out to us. Thus, it surprised all the fans when Spyglass Media Group officially announced that they have acquired the rights to the upcoming project. The regular people that we have seen in this franchise, that is, David Arquette as well as Courtney Cox and Neve Campbell were signed on again to reprise their roles just at the start of this year.

The creators also confirmed that this film is not going to be a hard reboot. Filming was earlier scheduled to start in May and have a release date of the film by 2021. But well, we all know how the pandemic rocked our worlds. it is caused by the spread of the fatal Corona Virus. Nevertheless, we all should keep in mind that the production process later started in September while filming was happening in Wilmington, North Carolina.

Scream 5 ― Here is what Kevin Williamson posted on Twitter!

That’s a wrap on Scream, which I’m excited to announce is the official title of the next film! Nearly 25 years ago, when I wrote Scream and Wes Craven brought it to life, I could not have imagined the lasting impact it would have on you, the fans. (1/3) pic.twitter.com/RCuhVUclG4

and incredible cast of newcomers that have come together to continue Wes’s legacy with the upcoming relaunch of the franchise that I hold so dear to my heart. See you in theatres January 2022. #ScreamMovie @ScreamMovies (3/3)

All You Need to Know About ‘All American’ Season 3

The whole cast as well as the crew were compelled to follow the security guidelines in order to prevent the spread of the virus. Even though there were three members who tested positive for this virus, the creators never stopped the production. They all worked in unity for a release date in 2022. And now, approximately two months later, the filming on Scream 5 is finally done.

Later, it was announced by Kevin Williamson that filming has finished on Scream 5. He posted this picture on Twitter and it includes the writer on the set as well as a title treatment for the film. They simply named it Scream which comes along with a ghost face mask. In a later post, Williamson has also confirmed the release date of the film to be in theatres by January of 2022. We know how it might take some time before the creator’s process all the shooting done and thus, it may take some time before we get an official trailer of Scream 5.