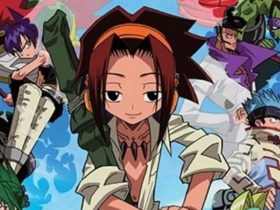 The top of attention is … [#Voice Day]

Anime! Anime! Then, we conducted a reader survey entitled “Which voice actor do you think is good at singing?”, Which is often requested by readers. We will announce the results.

May 8th is Voice Day.

Voice actors whose profession is a voice not only breathe into the character but also have many opportunities to show off their singing voice. He is in charge of character songs, excites fans live, and sings the theme song of his works. It is not uncommon for some voice actors to be as singing as singers.

Anime there! Anime! Then, we conducted a reader survey entitled “Which voice actor do you think is good at singing?” , Which is often requested by readers. We received responses from 2,253 people during the survey period from April 24th to May 1st.
The male-female ratio is about 25% for males and about 75% for females. About 47% of the age group was 19 years old or younger, and about 25% were in their 20s.
The first place

First place is Makoto Furukawa . The approval rating was about 10 percent.
Makoto Furukawa made her debut as an artist in 2018. In addition to serving as the main cast for “One Punch Man” and “Tsukitori Detective”, he is also active as a singer, including in charge of the theme song. From the readers, “I have the singing ability to sing various genres such as jazz, Latin, and rock, and I think it’s always amazing to sing with the voice of each character in the character song.” Despite the changes, all the songs are good! I think it’s quite difficult to control the pitch with that volume, “said the acclaimed voice.

“In the original album, I wrote many songs by myself, but I also changed the way I sing according to the tone and lyrics. Especially at the life, I became enthusiastic about Mr. Furukawa’s appearance and singing voice!” It also attracts fans in the world of lyrics.

Inori Minase is in second place. The approval rating was about 6 percent. Inori Minase made her debut as an artist in 2015. The 10th single “HELLO HORIZON” will be released on July 21, 2021.

“In the song in the name of the person, a pleasant singing voice that comes into your ears quickly. In the character song, the atmosphere changes dramatically and it fits perfectly with the image of the character. The singing is also wonderful!” In addition, I felt a dignified and core voice that made me feel like I was holding myself firmly, and I fell in love with the same sex. ” I like the OP of “Good night”, “Good sleep! Good sleep! Life as a singer”, “and commented on various attractions.