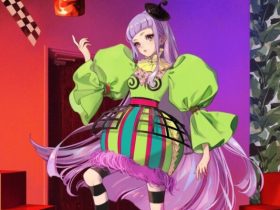 “Artiswitch” project animation distribution set in Harajuku is decided In addition to newcomer Aoi Uta, Akio Otsuka, Akira Ishida and others will appear

The villain bosses are not showing up despite the chaos generated in society. The protagonist of My Hero Academia is therefore looking for information among the big shots, without finding anything. The plan of All for One is not well known, but something at the end of chapter 311 derails the plans of the heroes instead.

Midoriya then has to face a new villain. Let’s see the first spoilers of My Hero Academia 312.

The title of My Hero Academia 312 is “Sicario” and the chapter starts with a flashback. Hawks and Deku are talking, with the hero warning the protagonist. Although All for One cannot count on Dr. Garaki to recover and therefore cannot exploit the “quirk factor” used for the Nomu by extracting Deku’s, the boy is still in danger because, among the escaped, there is a certain Lady Nagant. Tartarus’s other villains aren’t on Deku’s level, but she was Hawks ‘senpai on the Heroes’ Public Safety Commission.

We move on to the present, with Deku recognizing the blue and pink fibers of the bullets, the colors of Lady Nagant. He tries to escape with the Black Whip thinking that he failed to alert All Might and the heroes of the sniper’s presence, as he had agreed to warn them immediately in case of contact with her, but the device was destroyed before he could do anything. Suddenly another bullet hits Deku who can’t avoid it even with the Danger Sense.

Snipe says this woman is amazing. He can use his quirk to control bullets up to 600 meters away, but Lady Nagant can do it up to three kilometers. Additionally, her quirk allows her to create bullets with the fibers of her hair. At Lady Nagant’s side is a mentally broken, armless Overhaul who appears to be doing nothing. The woman then thinks back to the escape and to the moment in which she made a pact with All for One to destroy the heroes’ society, also obtaining the Air Walk quirk. All for One is counting on her, and Lady Nagant on the last page says she won’t fail the mission.

My Hero Academia 312 will arrive on MangaPlus on Sunday, May 16.