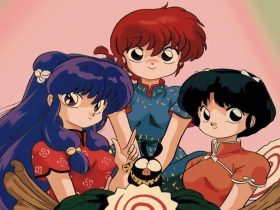 8 Pairs Of Anime With Similar Plots

Something that Akira Toriyama does not usually do with his works is to mix their fictional Universes, however, the general rule became an exception with Dragon Ball and Dr. Slump (the author’s most acclaimed manga), titles that had in more than once their own crossovers.

Arale Norimaki, the protagonist of Dr. Slump, has supported Goku on several occasions fighting alongside the Saiyan some of the fiercest battles, allowing us to laugh out loud in the process. But do you know how many times Arale has appeared in the Dragon Ball anime?

1. His debut in this Universe: the first Dragon Ball anime
The first time we saw this sweet android ( one of the most powerful of those created by Toriyama) was in chapter 82 of the Dragon Ball manga, which Toei Animation adapted in episodes 55, 56, and 57 of the anime of this series and that corresponded to the Saga of the Red Patrol. In these episodes, we could see how Goku arrived at the Penguin Village after the Dragon Radar had stopped working, requesting the help of the scientist Senbei Norimaki and by the way meeting his sister and daughter: Arale.

In this way, we would see Arale Norimaki and the twin Gatchan fight together with Goku against General Blue, one of the most powerful members of the Red Patrol army.

2. As a secondary character in Dragon Ball: A Mystical Adventure
Later, we would see Arale next to several inhabitants of the Penguin Village in the movie Dragon Ball: A Mystical Adventure, a film that freely adapted the Saga of the Red Patrol. In this film (certainly not one of the best in the franchise) we would witness a meeting between Goku and the Android very similar to the original, only this time instead of facing General Blue they would fight against the mercenary Tao Pai Pai, one of the most powerful villains of the first part of the series.

3. As part of the filling of Dragon Ball Super
It would take about 30 years to see for the third and last time the artificial being created by Senbei Norimaki. This encounter happened in chapter 69 of the anime Dragon Ball Super, a fairly light and comic filler episode that came after the intense Saga of Future Trunks, which served as a bridge between this arc and that of the Tournament of Power. In this episode, we would see Arale fight (or play?) Fiercely against Vegeta, Goku, and even the God of Destruction: Bills.

Along with the Dragon Ball anime, Dr. Slump became the pillar on which Akira Toriyama built all his success. This last work may not be as popular as the one starring Goku, even so, there is no doubt that it is one of the greatest and funniest works that our legendary mangaka has done.

And you, did you already know Arale Norimaki, Son Goku’s sister?