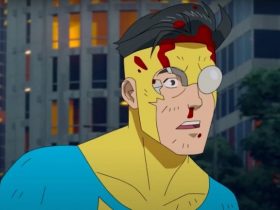 It has been decided that the TV anime “Higurashi When They Cry” test will be held, and application acceptance has started. The examination fee is 3500 yen, the examination period is from June 2nd to 16th, the result announcement is from 19th to 30th, and the range of questions is from episodes 1 to 24. (* Questions will be given from October 1, 2020, to March 18, 2009) As a

privilege, 10 cooperator special business cards (with name), and a report that Oishi investigated about the incident will be presented to all participants. High scorers with 80 points or more will be presented with 10 special cooperator special business cards (with name) special notebook type memo pad. As a result of scoring, the acceptance criteria may change.

“Higurashi When They Cry” is based on the computer game work released by the doujin circle “07th Expansion” from 2002. Set in the fictional village “Hinamizawa Village” in the latter half of the 1950s, a mystery where boys and girls approach the truth of the continuous mysterious deaths and disappearances related to the village practice “Watanagashi”.

In 2006, the first period of TV animation, and in 2007, the second period, “Higurashi no Naku Koro ni Solution,” was broadcast and became a big topic. In addition, it is a work that continues to be loved such as OVA, comics, novels, live-action movies (2008), dramas (16 years), stage (15 years), etc. The broadcast of the animation started as “. Since the synopsis of each story is not disclosed in advance, attention was paid to “what kind of story will be developed”.

Tags: anime Higurashi When They Cry