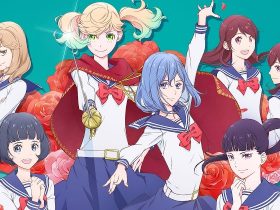 From the beginning of the narrative arc Kawaki: Clash with Kara, the anime of Boruto: Naruto the Next Generations is faithfully adapting the events that occurred in the manga, without getting lost in parallel stories or “extra” scenes. Let’s compare the paper version with the animated adaptation!

By bypassing the sensory team at the entrance to the Leaf Village, Delta was able to locate Kawaki’s location and appear in front of him to try to bring him back to the Kara Organization base of operations. In defense of the boy, however, there is the Seventh Hokage himself.

After a warm-up skirmish staged in the previous episode, in episode 199 of Boruto: Naruto the Next Generations, the Hokage has begun to get serious. Furious at the violence suffered by Himawari and Kawaki, Naruto unleashed all his power against Kara’s Inner, whose body is covered with scientific ninja tools.

By unleashing his entire chakra with a new just, Konoha’s hero finally managed to get rid of Delta and protect his family. The fight staged in this episode, which adapts to the events of chapter 33 of the manga, was nothing short of crazy and once again confirms the quality of the animations that Studio Pierrot is staging.

As you can see from the episode frames compared with the manga tables, the adaptation is very faithful. To be fussy, though, the facial expressions, the superficial battle wounds, and the frayed robes have not been recreated to perfection.

And what do you think of this comparison? Do you prefer the manga or the animated version? In the meantime, here is a preview of Boruto’s 200th episode.