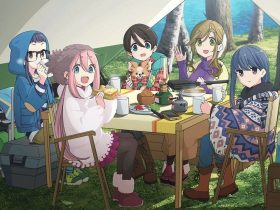 Laid-Back Camp Anime Gets its own Video Game