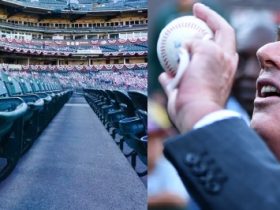 MLB, MLBPA consent to 2021 conventions, including seven-inning doubleheaders and a sprinter on second in additional items

Even foreigners can try a spot!

On the official website of the Japanese animation studios Bibury Animation Studios, a new recruitment notice was published, aimed at young graduates for the year 2022. According to the statement, the company will hire in the following areas: General Affairs, Production, Scenarios, Design, Finishing, Direction, Graphic Design (new department), and Illustrators (new department).

The company is also hiring employees for the CG Animation Division, including the following areas: Photography, CG Production, CG Animation, CG Modeling, and CG Effects Artist. Those interested in passing the interviews will be duly hired and will be able to sign up for the promotion system immediately. Wages will be determined according to the occupation and experience of the worker, with a workweek of two days a week and with benefits such as insurance, covered travel expenses, among others. Finally, the press release indicates that even foreigners can apply for recruitment.

More about:
The Bibury Animation Studios was founded on May 1, 2017, in Japan. In its first two years, the company simply helped other major studios in other projects. However, in 2019 the studio produced its first major project: Grisaia: Phantom Trigger The Animation, as well as the anime Azur Lane: The Animation. They recently produced the second season of Gotoubun at Hanayome and it is not confirmed whether they will also produce the film announced for this franchise.