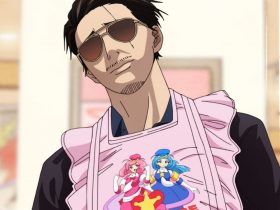 Release Date: The Way Of The Househusband Season 2

A boy sold his Pokémon card collection to pay for his dog’s surgery, and this act of kindness didn’t go unnoticed by the Pokémon.

It’s not enough to just play if you don’t understand the whole philosophy behind your favorite title. And Pokémon is just more than a game or anime. It shows the true friendship between a boy and his little monster. For decades we’ve seen this friendship being put to the test in various challenges to make tears roll. Pokémon has been a true philosophy of life for many.

Thus, 2 weeks ago, a fan ended up selling his cards to pay for the surgery of his puppy who was diagnosed with a canine virus called parvo. The 8-year-old child, seeing the financial problem that the family would have paid for the $700.00 treatment, took an attitude that should be expected of anyone: he did something! That something was going out and selling your Pokémon rare card collection!

Fortunately, the family ended up receiving a photo of their son selling the cards at school and on the street and placed this image as part of a GoFundMe campaign for Bruce the Puppy. The family set a goal of $800 but ended up with more than $1,900. ‘It made me kind of sad because usually my brother and sister play together and I don’t have anyone to play with. So I usually play with him,’ Bryson told WCYB.

But this didn’t stop there, because as they say, good begets good! Fans of Pokémon collectible cards will no doubt know that some of these can be worth a lot of money. It’s not clear if any of Bryson’s cards would fetch a good price, but just the thought of the boy selling something important to himself to help his pet is enough to warm the hearts of most.

In response to Bryson’s altruism, The Pokémon Company sent a letter with a surprise gift inside. The thank-you letter sent to Bryson said ‘Hey Bryson, we were so inspired by your story about selling your cards for your dog’s recovery, and these are some to help you replace the ones you had to sell.’ Along with that, he also received a pack full of rare Pokémon cards that he would normally have to spend a lot of money to acquire. Needless to say, Bryson was thrilled by this development, and viewers feel that the story has come to its intended conclusion.

Happy endings like this are not rare, they just go unnoticed. And within so much bad news in the last year due to COVID and the loss of so many loved ones, there is one that is expected to be followed by all people and companies.