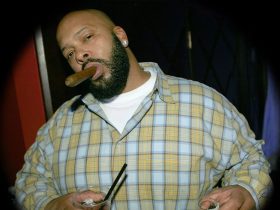 Is Suge Knight Still In Prison?

ARVORE, the VR studio presents the YUKI gameplay trailer and after announcing that the game will be released this summer on Oculus Quest, Quest 2, Rift, and on all Steam VR platforms, the PSVR version will arrive at the end of the year.

YUKI is an explosive mix of the bullet-hell and roguelike genres in VR set in a multidimensional anime universe. Immerse yourself in the imagination of a child and fly controlling the Yuki action figure with your own hands. Move your body to dodge bullets and obstacles as you face evil forces that want to control the universe. In this challenging game, each defeat is just one step closer to victory.

Enter the world of YUKI through its Virtual Reality gameplay.

Which innovates on the gameplay of classics like STAR FOX and challenges the player’s spatial awareness. This at the same time that tests the precision of your reflexes through levels full of enemies, obstacles, and bullets placed in a procedural way. The rogue-lite elements – as a system of progression persistent allow the player to improve their skills by equipping several power-ups, new abilities, and weapons at the beginning and during each game – increases your chances of overcoming the different levels and invite the player to try again and try new and more evolved strategies to beat.

“I have worked with illustration for almost 25 years. Telling stories through visual elements is my way of communicating with the world. This is something very close to my heart and YUKI gave me the opportunity to turn the game experience into a vibrant visual journey. Unlike in most bullet hell shooters and Virtual Reality, players do not stand YUKI.

That sparked something in me, the idea that YUKI could be approached like a ride through a theme park. And to achieve the same kind of environmental storytelling, I have studied the works of theme park designer and illustrator Don Carson and applied them to all levels as much as possible. Reveal is the key. And in the case of YUKI, knowing when to tell a story to a player who is being shot from everywhere was our biggest challenge. ”

YUKI offers a unique mix of the Bullet Hell and Roguelike genres in Virtual Reality. Both are known for their high difficulty, but instead, YUKI is designed to be accessible and enjoyable for everyone. In this way, the game quickly becomes a very challenging and strategic experience. Where the player will feel the progression of his power through a workshop where he can upgrade his action figure to face the growing challenges. As the player hones their skills against hordes of enemies and challenging end-of-phase boss confrontations, each match will bring them closer to victory, while unlocking new Bladewing weapons for Yuki and more and more power-ups.

If you don’t want to miss any details about video games, technology, anime, and series, stay tuned for our news section.