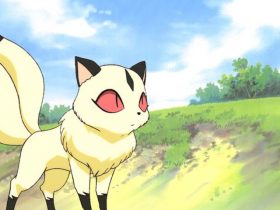 9 Ranked Most Loyal Felines In Anime

Sometimes, even if two series are similar in premise, they could end up going off in completely different directions.

Anime is filled with diverse storylines, but there are times when two different series seem to have similar premises. Sometimes, this is because the same people worked on both series and intended to retell the same story through different means. Other times, one series is meant to be an homage to another.

And there are a few times when an anime series is just so popular that it creates a new genre, inspiring a slew of similar content. Of course, there are times where similarities could just be chalked up to coincidence. And even if the two series are similar in premise, they could end up going off in completely different directions.

8.Cardcaptor Sakura & Corrector Yui: A Heroine Must Become A Magical Girl To Stop Forces She Unleashed

In both series, the heroine is tasked with becoming a magical girl after releasing powerful forces. In Cardcaptor Sakura, Sakura accidentally releases the Clow Cards, while Yui releases a virtual creature from a disk on her computer. Both series even involve a floating yellow mascot who tasks the heroine with her new responsibilities.

Another similarity between the two series is that instead of sticking to one uniform like a traditional magical girl, the heroine gets to use various costumes. For Yui, her different outfits come with different powers, while Sakura has her costumes made by Tomoyo.

7.Angel Tales & Etotama: A Down-On-His-Luck Guy Meets A Bunch Of Girls Who Are Actually Animals

In both of these series, a hero is a young man who’s down on his luck and lives by himself, but through some supernatural means, ends up getting involved with a group of girls who might not actually be what they appear: they are animals in human form.

The main difference is that in Angel Tales, the girls are actually the spirits of the hero’s pets returned from beyond the grave as angels, while in Etotama, the girls are incarnations of the animals from the story of the zodiac, with the cat, the traditionally rejected animal, being the heroine this time around.

6.Doraemon & Ninja Hattori: A Lazy Boy Gets Help From An Unusual New Addition To The Family

In both of these series, the main character is a lazy, selfish schoolboy who encounters an unusual friend. In Doraemon, it’s a blue robot cat. In Ninja Hattori, it’s a young ninja boy, as well as his younger brother and dog. In both shows, these friends move in with the hero and effectively become part of the family.

Many of the episode plots revolve around the new friend helping out the hero through unusual means: Doraemon’s futuristic gadgets or Hattori’s near-supernatural ninja skills. The heroes even have similar classmates. The similarities can be chalked up to both series coming from Fujiko Fujio, the pen names of Hiroshi Fujimoto and Motoo Abiko.

In both of these series, a young girl, through various circumstances, becomes homeless but she finds herself welcomed into a home of supernatural beings, a place where love might just blossom.

In Kamisama Kiss, Nanami gets evicted from her home due to her father’s gambling debts and finds herself the owner of a rundown shrine after rescuing a man from a dog. There, she encounters both friendly shrine spirits and a snarky Kitsune familiar. In Fruits Basket, Tohru moved into a tent after her mother died and was taken in by the Sohma family, each of whom is cursed to transform into an animal of the zodiac if embraced by a member of the opposite sex.

4.Ranma 1/2 & Cinderella Boy: A Man Named Ranma Gets In Touch With His Feminine Side

In both of these series, a man named Ranma finds himself transforming back and forth into a woman. In Ranma 1/2, Ranma and his female alter-ego are essentially the same characters and the Adaptation is triggered by water. In Cinderella Boy, an accident caused Ranma to share a body with his partner Cindy, to the point of having no memory when the other takes over, and they change at the stroke of midnight.

3.Sailor Moon & Wedding Peach: A Team Of Magical Girls Saves The World From An Evil Queen

While there have been other anime that combines the magical girl genre with superheroes, two anime that often get compared are Sailor Moon and Wedding Peach. Both have similar characters, from an evil queen to the girls’ mysterious protector. In both series, reincarnation plays an important element to the girls’ powers, with the Sailor Scouts being the princesses of the planets and the Love Angels, sans Momoko, being angels. Both series also feature the heroine’s boyfriend being forcibly transformed into a villain until love breaks the spell.

The shows did share a few crewmembers and Wedding Peach seemed fond of homaging Sailor Moon; Ami and Rei even make a cameo in one episode.

2.Fushigi Yuugi & Inuyasha: A Girl Is Sent To A Magical Version Of The Past Where She Becomes A Priestess

In both series, the plot starts off with a Japanese junior high student that finds themselves traveling back in time. In Fushigi Yugi, Miaka becomes the priestess of Suzaku, while Inuyasha has Kagome discovering that she is the reincarnation of the priestess Kikyo. Miaka must collect the seven celestial warriors while Kagome must find the shards of the Shikon Jewel.

Despite the heroine and her love interest being from different time periods, both stories find different ways to allow for a happy ending: Fushigi Yugi has the heroine return to her world but the boy she loved has already reincarnated to be with her. In Inuyasha, Kagome decides to stay in the past, and ironically already is a reincarnation of Inuyasha’s previous love.

In both these series, the hero is a young boy with a spiked, multicolored hairstyle who strives to be a top duelist in a world where the fate of humanity rests upon a children’s card game.

It should be mentioned that Yu-Gi-Oh! wasn’t originally focused around the card games, as seen in the early manga chapters and the Toei anime. That said, there is a surprising connection between the two: the cards in Yu-Gi-Oh! were inspired by the cards in Magic: The Gathering, which were also the cards originally featured in the original Duel Masters manga, although it eventually got its own game.