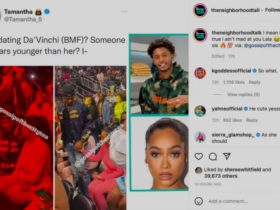 Fans of the horror genre must have the name of the show American horror story. The show is an absolute fan favorite and ran for many seasons. This is the first series that people will name if asked about a horror show. Even the viewers who have not seen it have heard about the show. The canon show ran for an entirety of 10 seasons. It made the viewers scared with its scenes and timings. The show was rebooted once again, and the series’s second season has just dropped. We are here with American horror stories season 2 filming locations. Get ready to go on a wild ride of spooky adventures.

The announcement of this spin-off series took everybody by storm. The fans were excited to get a spin-off series of such an amazing show. The horror and the stories will all come back. Ten glorious years to hold, and the show has already hit our screens with the first episode. The original show was famous for its story arcs and the development the story had throughout the one season of the show.

The new spin-off series is already out. The show will follow myths, tales, and folks of different parts of the place and will have many stories in the show. The key difference between the show and the original will be the stories. Usually, there was one complete story that was shown throughout the whole season. But the new series will show different stories in each episode. There will be multiple stories featured in one season. The new format looks promising, as the viewers will be able to see more stories on the show. The stories will follow the same horror and drama of the canon series. It is time to get spooky!

How and where to watch American Horror stories season 2?

The first episode of the series is already out. This Ryan Murphy series premiered on July 21, 2022. The show is available to stream on Hulu FX. According to our sources, the show will run for about seven episodes, which will conclude on September 8, 2022. It is doubtful where the episodes will be available for countries not having Hulu FX. They might have to wait for the episodes to stream on another platform. Now, let’s look at American horror stories season 2 filming locations.

What are the filming locations of American Horror stories season 2?

Since the episodes will all feature different locations because of the new format, the filming locations for each episode are expected to be different. According to our sources, the initial episodes of the series are shot at Hidden Valley, Ventura County, California. The area is a rural village outside Los Angeles. The show is famous for its deserted locations, which are very typical for a horror show. The set of the initial episodes was built in Ventura County. Another confirmed location for the show is the Old Orange County Courthouse. Be sure to tune in to the first episode of the series. And stay tuned to The Artistree for more such updates!